Altrincham scheme pulled because of recession caused by pandemic

Trafford council has canned a major redevelopment of a shopping centre in Altrincham because of the impact of covid-19.

The local authority bought the 7,500 sq m Grafton Centre in February 2018 with plans to revamp the 1970s complex with new housing, retail and office space as part of a wider £140m redevelopment of Altrincham town centre. 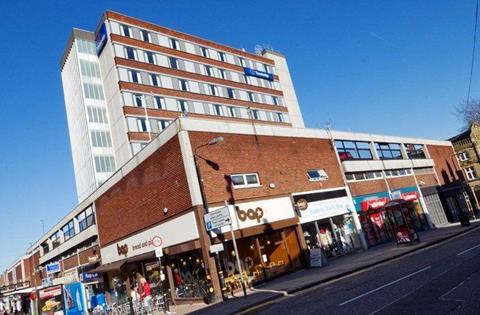 Trafford council bought the site more than two years ago

The council launched a search for a JV partner last summer with a number of developers understood to have put forward proposals.

But the council has officially pulled the plug on the search and instead drafted in CBRE to come up with a plan on what to do next.

The council’s housing and regeneration chief James Wright said: “The council is looking at best options for the future of the Grafton Centre and is working closely with CBRE to ensure the best results.

“We have ended the procurement process we had started, as it had commenced in a different economic climate to the one we find ourselves in today.”

The council, which has not announced a value for the redevelopment, said when it purchased the site it would be the next phase of a plan to revamp the Greater Manchester town’s centre which has seen shop vacancies fall by almost 75%.