Crossrail 2 boss hopeful of getting green light later this year 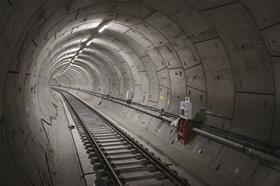 Crossrail 2 managing director Michele Dix is “optimistic” the £30bn rail project will get the go-ahead from the government before the year is out.

In May, asenior figure working on the scheme claimed progress on bringing it to life had been delayed by the then upcoming general election.

Two months later, transport secretary Chris Grayling said he wanted London to fund half of Crossrail 2’s construction cost and along with the city’s mayor Sadiq Khan, agreed to re-examine ways to improve its affodability ahead of the autumn budget.

“We’re not just waiting, we’re getting on as though the answer is going to be yes and we’re ready for the next stage,” said Dix. “But we can’t proactively do some of the things we need to do unless we get a positive decision.”

She added that the real concern with any delay to a response to the latest business case from the government is safeguarding the land for the scheme to protect the latest options for routes such as going to Balham.

Under DRAM, landowners and the public sector would pool land for development in areas suitable for high-density schemes that would then be auctioned to developers.

But landowners that held out would suffer compulsory acquisition, while the purchasing developer would benefit from exemption from S106 and CIL planning charges.

“Ideally you don’t want a CPO [complusory purchase order] […] which is why the DRAM model is an interesting one as people voluntarily put their land in,” she said.

The line will run from Wimbledon in the south to New Southgate, near Alexandra Palace, in the north, via a new tunnelled route in central London which includes stops at Victoria and Euston St Pancras.