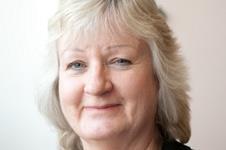 Defence Estates, the property arm of the Ministry of Defence, is planning a BAA-style overhaul of its procurement system.

The move, which will take place this year, comes as a confidential review commissioned by the Office of Government Commerce (OGC) is believed to have been highly critical of Defence Estates.

Diane Rampling, head of commercial procurement at Defence Estates, said the MoD was considering adopting a model in which a framework was used for contracts below a set value, but anything above that was put out to tender. This would be a similar approach to BAA, which scrapped its major projects framework in May.

Rampling said: “One plan could be that projects between £15m and £50m go through a framework and anything over that goes out for competitive tender.”

She added that exact figures have not been decided and that the final programme would not be confirmed until March.

The new system will open up a swath of work currently divided between 14 contractors including Babcock DynCorp, Bovis Lend Lease and Carillion.

Defence Estates, which has a £20bn property portfolio, currently lets work to contractors through a prime contracting system. This means one contractor takes all the work for seven years in a given area.

The OGC has focused on six departments and public agencies.

It is thought the unpublished study is particularly critical of the way Defence Estates used prime contracting to create multiple layers of management.

A source close to the review said: “In the worst case you had five companies all taking their margins before getting to the actual builder, adding around 30% to the cost.”