Details of the latest package of works up for grabs at the £1bn Stratford Waterfront development have been revealed.

The London Legacy Development Corporation (LLDC) is looking for a M&E specialist for a £10.6m contract to work on Sadler's Wells’ new east London base.

In a contract notice published to the Official Journal, the LLDC said it was looking for a single firm to carry out mechanical, electrical and public health works for the the Allies and Morrison-designed building (pictured below).

Companies have until 30 June to register their interest in the job.

The LLDC is looking to shortlist up to five contractors for the job, with the eventual winner expected to start work next February.

The work is expected to be finished by June 2022.

Earlier this year, five contractors were revealed to be in the running to secure the first major works package at the cultural development on Stratford Waterfront.

Building revealed that Careys, McGee and Byrne Bros were on the list of firms hoping to land the £26m structural frame and roof works contract to build the University of the Arts London’s new London College of Fashion. Also chasing the deal are Expanded and Kilnbridge.

A spokesperson for the LLDC said a winner will be appointed later this month. 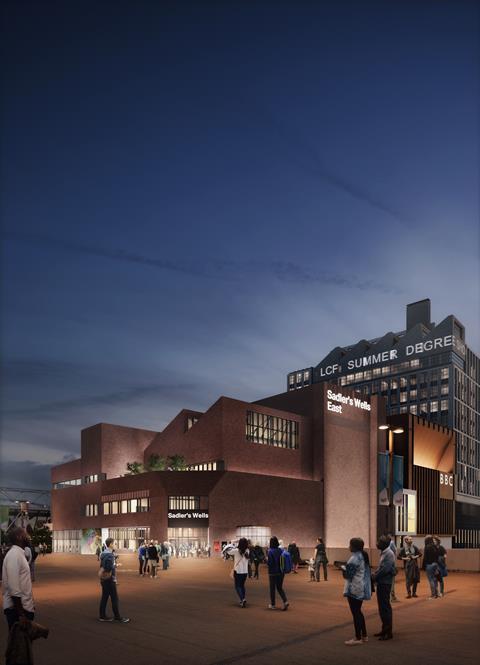