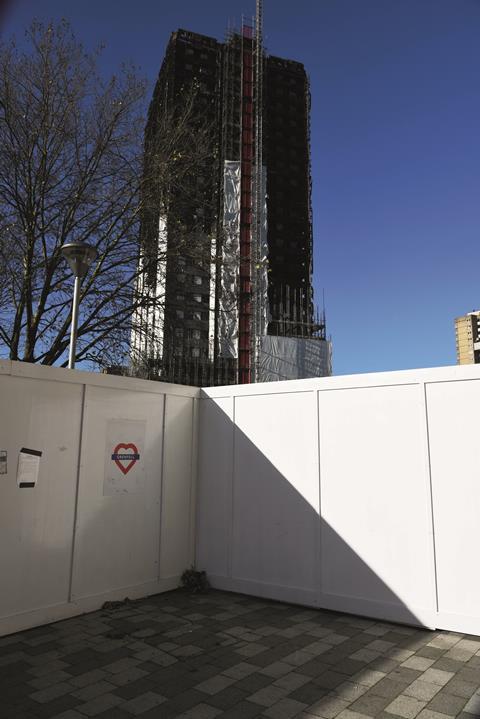 The government has confirmed it is to formally approve for the first time the use of desktop studies as a route to securing Building Regulations approval, as it reviews fire safety guidelines in the wake of the Grenfell Tower tragedy.

The use of so-called desktop studies has become increasingly controversial since last June’s fire at Grenfell, because of concerns they may have allowed cladding systems that do not otherwise meet regulations.

In a circular to heads of Local Authority Building Control last week, Offer Stern-Weiner, the deputy director of building regulations at the Ministry of Housing, Communities and Local Government (MHCLG), said the government will publish a consultation “in the spring” designed to “revise the wording on assessments in lieu of testing, also known as desktop studies”.

This follows secretary of state Sajid Javid saying in December that he intended to “commission work to produce a new British Standard on when and how such assessments can be used” in order to restrict the use of desktop studies.

“MHCLG […] is promoting desktop studies, though they have never been previously recognised in the […] guidance”

However, the current Building Regulations guidance on fire, Approved Document B, makes no reference to the use of desktop studies. It states only that projects seeking approval must follow the stipulations in the guidance, or else submit a whole system to a large-scale test under BS8414.

The idea that a desktop study, whereby data from other fire tests is used to show a system is regs compliant, is an alternative to a large-scale test was introduced in a guidance note in 2014 from the Building Control Alliance, a grouping made up of Local Authority Building Control, the National House Building Council and the British Standards Institute.

This note said that desktop studies, if prepared by a “suitably qualified fire specialist”, could be used to prove Building Regulations compliance where “no actual fire test data exists for a particular system”. But Dame Judith Hackitt’s interim report into fire safety regulations found that the use of desktop studies was “not properly managed or controlled” and that it should be “significantly restricted”.

The government circular also revealed that the ministry is to publish a “clarified version of the existing Approved Document B based on the results of an existing user study, and consultations with the industry and the Building Regulations advisory committee. It said it will also in future “seek views” on the wider review of the Approved Documents overall, in line with Hackitt’s recommendations.

Despite Javid’s pledge to “restrict” desktop studies, Ian Abley, technical designer at consultant Audacity, said the move to clarify their role by changing Approved Document B would actually make them officially part of the Building Regulations for the first time.

Some organisations, including the RIBA, have called for the removal of the desktop study route to Building Regulations compliance. Grenfell blogger Andrew Chapman branded the government’s move a “disgrace” that weakened fire regulations.

The British Standard test for fire performance in cladding, BS8414, which involves setting fire to a 9m-high mock-up of a cladding system, is used to provide a more realistic assessment of fire performance than tests on individual products. Desktop studies are used to model cladding systems to show they still meet the requirements of BS8414 when some products are substituted.