Fears £750m framework may be open to legal challenge 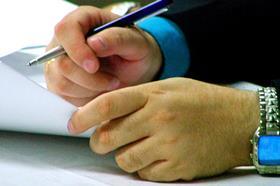 Consultants bidding for a repeatedly-delayed £750m public sector framework have raised fears the procurement process could be open to legal challenge, which could further undermine the beleagured framework.

As Building revealed last week, the government’s private sector procurement partner UK SBS pushed back the deadline for bid submissions for the Project Management and Full Design Team Services framework the evening before the deadline on 29 November, after issuing more than 400 tender clarifications in the weeks leading up to the deadline.

Building understands some bidders contacted UK SBS with concerns that aspects of the tender and clarifications were unclear.

UK SBS emailed bidders last Wednesday (4 December) with a consolidated list of 397 clarifications, with the new deadline set for this Monday (16 December).

The late extension and the volume of clarifications have prompted concerns that the procurement could be open to legal challenge.

One bidder said he felt his firm had been “unfairly disadvantaged” by the tender deadline extension. He said: “the government is such a big client people might deem [legally challenging this] unwise”.

Another bidder said he felt UK SBS extended the deadline at the last minute “primarily to ward off the possibility of legal challenge”.

Joanne Kelly, partner in law firm Taylor Wessing, said the delays and volume of clarifications “opens the door” to a legal challenge, but cautioned “the chances of success are unlikely”.

“You have to demonstrate you’ve been unfairly prejudiced to mount a successful challenge.”

The four-year framework covers a raft of disciplines - including project management, architecture and engineering - and a wide array of public sector clients.

It was originally scheduled to go live when the previous iteration expired on 16 June 2013, but is now expected to go live in April 2014.