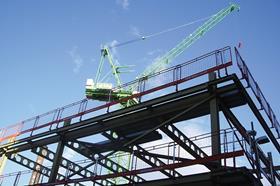 The management of a repeatedly delayed £600m government framework for consultants has been transferred to a private sector company, prompting fears there could be further delays.

The consultant framework is currently being prepared for re-tendering after its last four-year iteration expired on 16 June.

The re-tendering has been pushed back several times, after originally being scheduled to go out in December 2012 so the framework could go live on 16 June to seamlessly replace the old one.

We are concerned about the move. It’s highly likely to cause more delay

Re-tendering was pushed back to “July or August” in March and then to “October or November” in June.

The framework is now not due to be awarded, or to go live, until “early 2014”, according to the GPS website, at least six months after the previous framework expired.

Public sector clients that previously used the framework have been forced to procure work through OJEU or alternative frameworks during the hiatus period.

One consultant previously on the framework, who did not wish to be named, said: “We’re concerned about the move [to appoint UK SBS]. It’s highly likely to cause more delay and brings into question whether the planned framework structure will be changed further.”

Another consultant said they were concerned the change in management would cause delays.

A further consultant, also previously on the framework, said he was concerned about the uncertainty as the framework had been “fantastic” for his firm.

But he said the change may be welcome “if a private sector company can come in and cut through the bureaucracy and get the tender out quicker [than GPS]”.

A Cabinet Office spokesperson said the move to hand management of the framework to the UK SBS would “save money and increase efficiency in procurement across the public sector”.

She said: “Timescales have not been affected by the move, and the Project Management & Full Design Team Services framework is expected to be available in early 2014.”