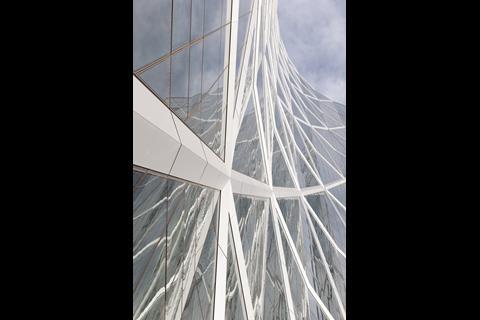 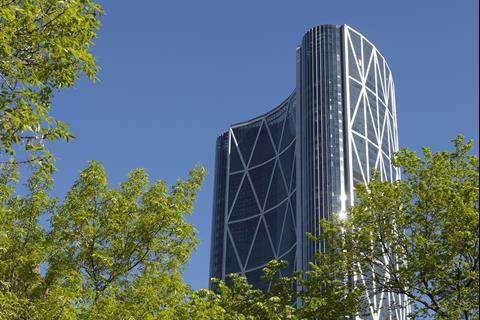 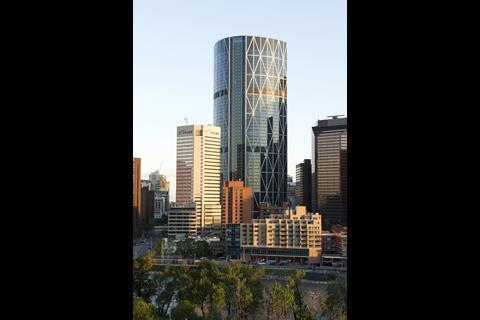 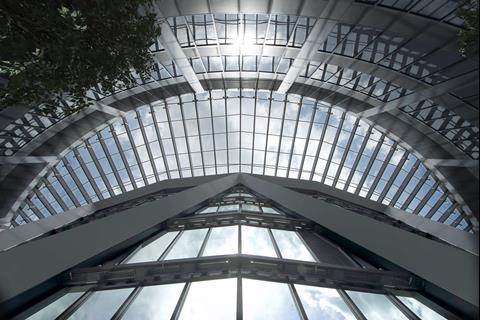 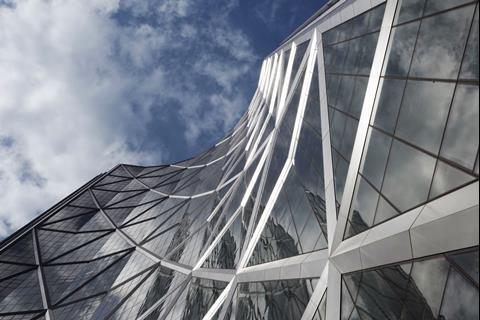 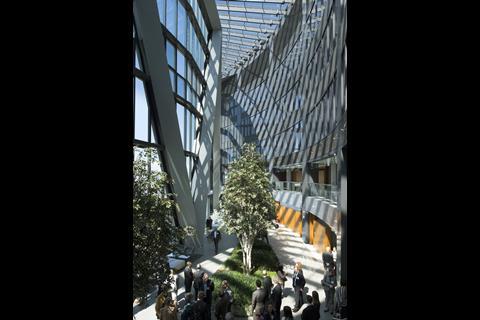 Foster + Partners’ The Bow in Calgary, Canada, has been officially opened.

The building is the tallest tower outside Toronto and is the first major development on the east side of Centre Street, a major axis through downtown Calgary.

The mixed-use tower contains shops, restaurants and cafes on the ground floor with offices occupying the rest of the 237m-high building.

The curve of the building helps to maximise its natural strength and cut down on the use of steel.

Nigel Dancey, senior partner at Foster + Partners, said the design had been shaped by the Calgary climate.

He said: “Facing south, the building curves to define a series of spectacular light-filled six-storey atria, with mature sky gardens, cafes and meeting areas, which bring a vital social dimension to the office floors.

“This principle extends to the base of the tower, which is highly permeable, with a +15 enclosed bridge connection to downtown, an atrium of shops and cafes and a fantastic new plaza.

“Every aspect, from the raised floors to the diagrid structure, is designed to be highly efficient.”