Fosters heads string of architects to pull out of Russia

Architect joins Chipperfield, McAslan and others in halting projects

Foster & Partners has become the latest architect to confirm it has stopped work on all projects in Russia.

It joins a string of others including David Chipperfield Architects, John McAslan & Partners and LDA Design in announcing it will no longer work in the country which has been waging a brutal war on Ukraine for the last 12 days.

Fosters, which had two projects in the country which were at an early stage, issued a brief statement late on Friday saying: “We deplore the Russian invasion of Ukraine and as a result we have stopped work on all our projects in Russia.” 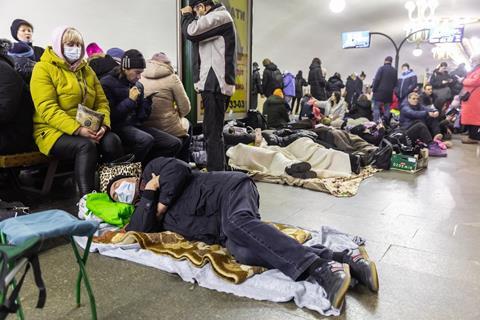 David Chipperfield announced a similar move in a post on its website and social media stating: “Given the invasion of Ukraine, and with the full understanding and support of our clients, David Chipperfield Architects has decided to suspend all work in Russia.”

Aidan Potter, a partner at McAslan, said: “We have worked in Russia over many years and have strong bonds with our Russian clients, collaborators and the local culture but, like so many around the world, we’re deeply alarmed by the unprovoked invasion of Ukraine and have decided to step back from any further work in Russia.”

Zaha Hadid Architects has placed its two live Russian projects on hold. It was also working in Ukraine, on a project to build three metro stations in the eastern city of Dnipro. They had been due to open in 2025. ZHA did not respond to requests for information.

Landscape-led practice LDA Design, which has worked in Russia with the Strelka Institute architecture and media school and on projects to improve Soviet-era housing estates, said: “The invasion of Ukraine means that everything has changed, and our work in Russia must come to a halt for the foreseeable future. We are not taking up prospects and we are stopping our involvement in all projects there.”

Herzog & de Meuron said it had also suspended work on Russian projects “with the understanding of our clients”.

The Swiss architect Herzog & de Meuron has masterplanned an education and medical scheme at Skolkovo, on the outskirts of Moscow, which is also being worked upon by UK firm Aukett Swanke.

Dutch practice MVRDV, architect of the Marble Arch Mound, said it had immediately stopped its involvement in projects in Russia until further notice.

In a statement, it added: “We have stopped our Russian projects, even though this means we have to stop collaborating with people we have known for years, and who are dedicated to bringing a more collaborative international outlook to Russia.”

Meanwhile, RIBA president and AHMM director Simon Allford said: “We are examining the implications for architects working from or seeking work within impacted areas. In the first instance, we recommend those directly affected keep up to date with the latest UK Foreign, Commonwealth & Development Office advice, and professionals consult the UK government’s business support helpline to ensure they are aware of the potential risks and challenges of working in this environment.”

Last week Building revealed a firm part-owned by a Russian oligarch with links to his country’s president, Vladimir Putin, has a major role on building the HS2 project.

Other firms working in Russia include Aecom and Turner & Townsend who have been approached for comment.