Government has 'no intention' of putting brakes on HS2 construction 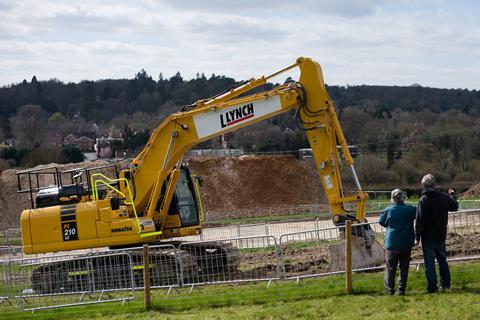 The transport minister responsible for HS2 has said the government has no plans to hit the pause button on work being carried out on the early phases of the £56bn project.

Responding to written question from anti-HS2 campaigner, Cheryl Gillan, MP for Chesham and Amersham, whose Chilterns constituency the route will pass through, Nusrat Ghani said: “Completing HS2 is government policy and is crucial to unlocking economic growth and improve productivity in the Midlands and the North.

“It is supported by both sides of this House and I therefore have no intention of halting work on HS2 in Buckinghamshire or elsewhere.”

Multiple councils across the county have called for the government to halt all current site work.

Asking her question, Gillan criticised the handling of the project and the impact it was having in Buckinghamshire.

She said: “This error-ridden project is costing our local authorities more and more.”

Gillan called on the government to agree to the county council’s “perfectly reasonable request” to pause construction for six months to do a “total re-evaluation of the project, which has already blown its timetable and its budget before it even has the go-ahead”.