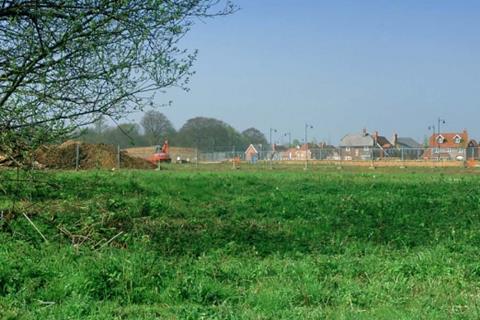 Trade organisations have given a cautious welcome the government’s latest planning proposals but warned that more needs to be done to speed up the delivery of desperately needed new homes.

The government announced its “new approach to boost housebuilding” last week, with communities secretary Sajid Javid claiming it would “help local areas have an open conversation about the number of new homes needed, and make sure we build more houses in the places they are needed to provide for a growing population”.

RICS Parliamentary affairs manager Lewis Johnston said that while the proposals were welcome – as they aimed to “better align planning assessments with the real housing requirements of local communities” – he also warned that ministers needed to recognise the need to speed up housebuilding activity.

“The overriding objective of the government’s housing policy has to be getting more homes delivered on the ground. While welcome, ultimately these proposals will only be effective if they succeed in breaking the logjam around delivery.

“Both the volume and speed of housebuilding in the UK need to be increased if we are to address the chronic gap between demand and supply.

“Nobody can live in a planning consent, and the focus for government should be fulfilling its White Paper commitment to empower a greater range of developers to increase their supply of homes. This means providing more support for SME builders, and lifting the borrowing cap so local authorities can borrow against future revenue streams to build.”

The Country Land and Business Association (CLA) called on the government to ‘rural proof’ its latest planning proposals, in order to protect rural communities across the country.

It said while it welcomed the proposals to assess housing need, it argued it was “crucial that housing delivery is ‘rural proofed’”.

CLA housing adviser Matthew O’Connell said rural communities had not been able to grow organically and incrementally for many years, “and as a result local people are unable to afford to live in the areas they have grown up in.

Proposals in the Housing White Paper published earlier this year outlined that at least 10% of the sites allocated for residential development in local plans should be sites of half a hectare or less, a strategy supported by the CLA, and described by O’Connell as “a sensible step that will help rural areas grow proportionately”.

Another part of the government’s proposals, an eight-week consultation for which kicked off last week, will require local councils to work together “to plan for homes and supporting infrastructure, such as roads and utility services”.

Councils would need to work with their local communities “to take account of green belt and any other constraints, discuss with adjoining councils, and decide how many homes they can build, and where”.

The Home Builders’ Federation said it welcomed the government’s move and the group’s planning director Andrew Whitaker added: “We would say that the announcement is generally very positive.

“There are still a lot of details to work out about what it actually means in practice, but overall the focus on putting robust plans in place and keeping them up to date is good news for the industry.”