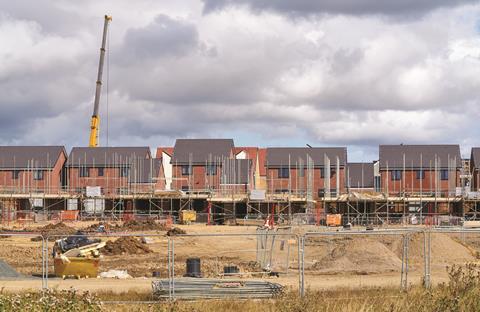 The Prime Minister is expected to announce a major shift in government policy on public housebuilding when she delivers her keynote speech at the Conservative party conference.

Speaking in Manchester later today, Theresa May is expected to promise what some are calling the first major council house building programme in a generation.

According to the Huffington Post UK, May has given Communities Secretary Sajid Javid the go-ahead to boost public and private housebuilding, including allowing local councils to build homes for the first time in decades.

Under Margaret Thatcher’s premiership, throughout the 1980s council tenants were given the opportunity to buy their homes, but councils were not allowed to re-invest the proceeds in replacing properties that were taken out of the state system.

But May is expected to say that the government would use publicly-owned land and demand that developers meet tough new targets to quickly build affordable homes.

Another option under consideration was to compulsorily purchase privately-owned land for new sites.

Councils are not expected to receive public money under the new deal, rather restrictions on local authority brrowing wouold be relaxed.

Industry trade bodies have been calling for improved planning systems to free up land to build homes on, although some observers expect resistance from some back-bench Conservatives whose constituents will resist development in their area.

Speaking on the Today programme on BBC Radio 4 this morning Andrew Whitaker, planning director of the Home Builders Federation, welcomed the move.

“Housebuilders have been increasing supply but there is a need to do more. It is positive that the government is committed to addressing the housing crisis,” he said.

He added: “The private sector already cross-subsidises affordable housing, but we must have more land and councils must be given the tools in order to deliver their own housing.”

Earlier this week the government revealed it was boosting the Help To Buy scheme with a further £10bn, although it did not announce any extention to the scheme beyond its current expiry date of 2021, a policy housebuilding organisations want to see enacted.