Communities secretary wants to look at ‘what works, what doesn’t, what’s right and what’s gone wrong’ 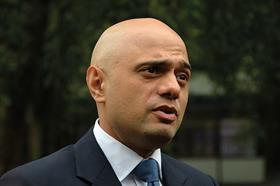 The government is to publish a green paper on the future of social housing, communities secretary Sajid Javid announced today.

In a speech to the National Housing Federation, Javid (pictured) said the paper would be a “wide-ranging, top-to-bottom review of the issues facing the sector…the most substantial report of its kind for a generation”.

While he did not give a timescale for its publication, Javid said it would kick-off a nationwide conversation on social housing, focussing on “what works and what doesn’t. What has gone right and gone wrong, why things have gone wrong and how to fix them.”

As well as safety issues in the wake of June’s Grenfell fire, Javid announced the paper would look at the overall quality of social homes, the issue of service management, the rights of tenants, the role of social housing landlords and how stakeholders can “ensure more of the right homes are built in the right places”.

Javid said he wanted the green paper published “as soon as possible, but what matters is getting it right”, he added.

On the subject of Grenfell, Javid said everything must be done to avoid a repeat of the disaster that has claimed up to 80 lives.

“In one of the richest, most privileged corners of the UK – the world, even – would a fire like this have happened in a privately-owned block of luxury flats?

“If you believe that the answer is no, even if you think it was simply less likely, then it’s clear that we need a fundamental rethink of social housing in this country.”

But he argued there was more to the review than looking at cladding or stairways or sprinklers.

“We need to shift the whole conversation about social housing, reframe the whole debate, to challenge outdated, unfair attitudes, and return to the time, not so very long ago, when social housing was valued,” he said.

“Our latest research shows that government investment in the private market dwarfs support for affordable housing and especially support for homes at the most affordable social rents.

“Ministers need to take an urgent look at rebalancing the housing budget and investing more in genuinely affordable homes for rent.”