Woods Bagot has won planning for a contentious scheme at the edge of Leicester Square.

An entire block, including a Victorian pub and the Odeon West End will be replaced by a 10-storey, 400-room hotel and two-screen cinema. Five of the floors will be underground. 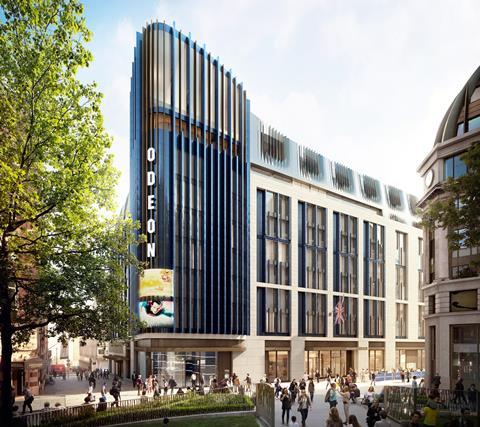 Westminster council approved the scheme on the casting vote of the Tory committee chairman, Robert Davis, who said it would provide “a new focal point for Leicester Square”.

But English Heritage said demolishing the “swathe of buildings which make a vital contribution to the architectural and historic character” of Leicester Square would “strike at the heart” of what makes the place special.

Other concerns were raised by the Twentieth Century Society, the Victorian Society, the Ancient Monument Society and the Greater London Authority. 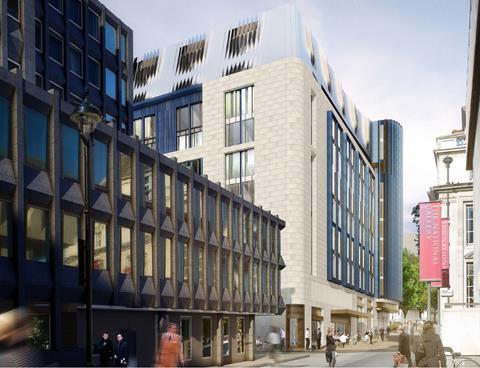 As Building first revealed in 2012, engineer Arup and consultant Jones Lang LaSalle are working alongside Woods Bagot on the £150m project for the Edwardian Group.

The site, at the south-west corner of Leicester Square, is currently occupied by the art deco Odeon West End, which hosts the BFI film festival, and the former Hand & Racquet pub, dating from 1865.

The site already has planning permission for a taller hotel scheme designed by Make Architects which is also working on another scheme on the west side of Leicester Square. 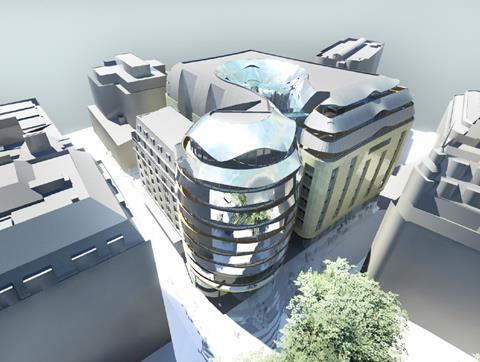 The council said much of the existing site was empty or run down and that the development, by hotel chain Edwardian Group, would boost jobs and contribute £3 million to Westminster’s affordable housing fund, in lieu of on-site units.

But Westminster’s Labour group said the council should have demanded £28 million.

The party’s planning spokeswoman Barbara Grahame said: “Once again Westminster Conservatives have gone against their own UDP planning policies and accepted a fraction of what is required to build much-needed affordable homes in Westminster.

“These big commercial developments are the only way of financing new affordable homes in Westminster.”