Covid-19 blamed for drop in revenue and profit

Covid-19 is being blamed for a sharp drop in turnover and profit at Sheffield property developer and contractor Henry Boot.

Revenue has been slashed from £189m to £108.7m and profit has plummeted from £24.1m to £7.2m compared with the first six months of 2019, according to the company’s latest half year results released yesterday. 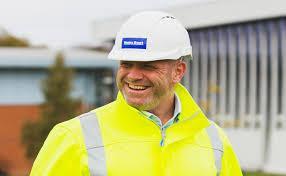 The interim results for the period ended 30 June 2020 said all operations had been impacted by covid-19.

Tim Roberts, Henry Boot chief executive, said: “The first half of the year has proved to be very challenging for all of us, but with an agile recovery plan and a robust balance sheet Henry Boot remains in a strong position.”

Productivity currently stand at almost 90% of planned activity levels that were in place before the virus struck, according to the report.

Chairman Jamie Boot said: “Although activity levels within our operations are increasing, we are not confident that levels will equal those seen pre-covid, for some time.

“On that basis we have made the difficult decision to undertake restructuring plans, which will result in redundancies in the construction division.”

He said the company was anticipating a reduction in private sector opportunities later in the year.

Boot said: “This may lead to a risk of tightening margins and we do not expect activity to achieve pre-pandemic levels in the short term.

“This, together with the need to ensure the business is fit for the future has resulted, unfortunately, in restructuring plans being implemented within the construction division.”

The firm is the latest to announce redundancies, and joins the likes of Wates and Mace in shedding jobs due to the impact of covid-19.