With listed firms now posting interim results, we’re getting the first indications of the impact of covid on financials. So just how bad is it?

This year’s interim results season has been an opportunity to see just how much the pandemic has eaten into bottom lines and what it has done to balance sheets. So when the two star performers of the industry have been hobbled by covid, then worries, naturally, grow for others. 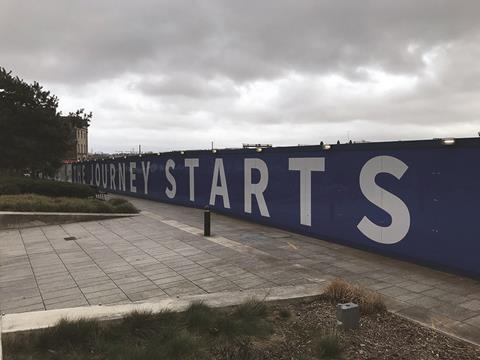 The site of the new HS2 station at Curzon Street in Birmingham. The government’s approval to proceed with the project’s civil engineering elements and is expected to boost confidence in the construction and engineering sector

Morgan Sindall, the undisputed City darling of contracting in recent times, turned in its worst set of results for five years while Balfour Beatty, which was a mess when chief executive Leo Quinn walked through the door more than five years ago, slipped to a pre-tax loss for the first time since its 2016 half-year results.

At least Morgan Sindall stayed in the black and chief executive John Morgan is quick to point out the firm’s interims are not a bad set of figures considering the havoc the virus has wrought on the industry. The firm is also paying back the £9m it received in furlough money from the government in the second half and, once it has done so, expects to make a £50m to £60m full-year profit in 2020.

For both Morgan and Quinn, cash is king. “Covid has been very expensive for the industry,” Quinn laments. But he is expecting to be sitting on an average net cash pile of somewhere between £430m and £460m by the end of the year. Over at Morgan Sindall, its average daily net cash increased to £153m from £123m at the end of June.

Both Morgan and Quinn eschew the idea of bidding jobs to win turnover. “Our proven strategy remains the same, based on organic growth and operational improvement,” Morgan says.

Quinn knows what getting jobs wrong can do to the balance sheet. Three months after taking over, he was forced to announce a £304m pre-tax loss. “Horrible,” he called the firm’s 2014 results.

This month, in a briefing with City analysts, he said Balfour Beatty would not be repeating the mistakes made before he joined. Noting the firm was seeing some rivals dropping prices to win jobs, he said Balfour Beatty had not spent five years sorting out its own finances only to go and throw it all away with silly bids for risky jobs. “We won’t revert to the terms and conditions we accepted in 2013/14,” he adds.

But there is some evidence that suicide bidding is back to fill order books depleted by the twin ills of lockdown and nervous clients putting jobs on hold or abandoning them completely.

London cost consultant Alinea said it was seeing more and more examples of firms pricing up jobs to catch the eye. In its latest tender price report, it said: “For smaller projects where there is heightened competition and single-stage tendering can be deployed, there is some aggressive pricing with ‘rogue’ tender submissions looking to tactically catch the attention at the point of tender receipt.”

At the same time, accountant EY said nearly half of the industry’s quoted firms had issued profit warnings in the first six months of this year. It warned construction was a sector under pressure and added: “There is evidence of significant supply chain stress with an increased risk of vulnerability.”

But Cenkos analyst Kevin Cammack remains sceptical about whether the industry will resort to cut-throat bidding in large enough numbers to make it a worrying trend.

He says: “The trouble with such provocative looking statements is that they seem to be based predominantly on profit warnings and historic results coming out of the sector which for the most part reflect the inability to execute work during lockdown and to a lesser extent thereafter the increased costs of delivery/lower productivity due to adoption of covid site protocols.”

But he admits: “That is not to say there will not be instances of aggressive bidding that are suggestive of zero margin or worse – but when has that never been the case in truth?”

One firm which has managed to weather the covid storm so far is Keller. The £2bn turnover geotechnical contractor managed to keep the falls in revenue and pre-tax profit to 5% and below. Around half of its work is in the US and there is a feeling the firm benefitted from that country’s haphazard response to the pandemic. Chief executive Michael Speakman says the areas most affected by lockdowns were the country’s west and east coasts. But he adds: “The centre of the country has largely been unaffected [by closures. It varies state by state. Some are taking measures, others aren’t taking any at all.”

Balfour Beatty, too, has a large US operation and Speakman’s take is underlined by the comparison between the UK and US sites Balfour Beatty was forced to close at the height of the lockdown in April. In the UK, the number was 27%; in the US, it was just 11%. The following month 20% of Balfour’s sites in the UK were still closed, compared with the same 11% for the US. Quinn says the hardest hit state it operates in by far was Florida which relies heavily on the hospitality sector, an area that has fared particularly badly acrosse the globe throughout the pandemic.

The government’s furlough scheme comes to an end this October and the industry, already seeing large-scale job losses, can expect to brace itself for more which in recent weeks have seen main contractors like Mace, subcontractors including Keltbray and consultants such as Arup and Aecom make the sort of cuts no one could have predicted at the start of the year. Those four firms alone have axed close to 1,500 jobs between them.

And cost-cutting programmes cost. T Clarke, the M&E contractor which kicked off the interims reporting season in late July, said it has spent £3m on getting rid of around 80 roles. This helped send the firm to a pre-tax loss of £1.5m in the six months to June from a £4.5m pre-tax profit last time. The firm improved its net cash position, by 108% to £7.5m.

The second full week of September promises to be a busy one. Costain will announce its interim results on 14 September, having delayed them from August, with Galliford Try unveiling its full-year results two days later and Kier’s full-year results coming out the following day.

Costain said it had delayed its results because it was awaiting an arbitration decision on a problem road job in south Wales, the A465 Heads of the Valley road which has been hit by design changes and bad weather.

The firm booked a hit on the scheme in its 2019 figures but, at the time of writing, was hoping it would not have to spend more. A trading update this month also flagged it would have to make a one-off charge of £49.3m for another problem job, an energy scheme in eastern England for National Grid which it has now left. But, again, it said it would be pursuing this sum “through adjudication and potentially litigation”.

The wrangles underline why it needed to go out and raise extra capital earlier this year with £100m brought in which, in turn, has seen a Middle East contractor become the firm’s largest shareholder.

Chief executive Alex Vaughan said the firm would report an operating profit of £5.7m before the A465 and National Grid contracts while its net cash at the end of June was up to £140.9m, following the £100m capital raise, from £40.8m for the same period last year. Its order book is £4.2bn at the half year end and 95% of its work is from the government and regulated industries.

And yet, and yet. It’s another contractor – Costain this time but it will be someone else in the future – suffering the sort of niggling irritation on a couple of jobs that will hit its bottom line. It might recoup the money it thinks it is due, it might not; but, once again, problem contracts for a builder will dog its results.

Galliford Try is probably feeling thankful that it got the sale of its housing and partnerships arm to Bovis Homes – now renamed Vistry – away when it did, at the very start of the year. This included receiving £300m in cash and a £100m debt swap.

In a trading update in July, the firm said the deal had helped it to a cash pile of £195m in the year to June compared with a net debt of £57m in 2019 – a swing of more than £250m. And it said its average month-end net cash position was £140m for the six months to June.

The sense of a firm no longer having to play second fiddle to its dominant housing business is evident in the amount of Stock Exchange announcements it has put out this year on contract wins: seven so far compared with the four for the whole of last year, two of which were housing wins.

All eyes on Kier

How Kier must cast envious glances at Galliford Try. Kier is the firm set to be most closely watched this reporting season and in a trading update at the beginning of July, it flagged to investors what was coming down the tracks.

It said it might need to raise more money to bolster its balance sheet through a rights issue as its debt pile heads north again. The firm said its average month-end net debt for the year to June 2020 was £440m – up from the £395m it posted for the six months to December 2019 and £18m more than its 2019 year-end.

It said the rights issue could be launched over the next 12-18 months, the second one in recent times having launched a £264m rights issue in November 2018 which was taken up by just a third of shareholders.

Covid has also put the brakes on any imminent sale of its housing arm and the question is what it can now fetch for Kier Living.

In February, chief executive Andrew Davies told Building it would not be bullied into accepting any price for the division. “I’ve always said it takes two to tango. It’s a good business and we’re not going to be backed into corners and be a forced seller.” Its underlying business seems in reasonable shape: it has a £7bn-plus order book and by far and away its biggest client is the government. But the debt – and how to get it down – remains its biggest problem.

Balfour Beatty’s Quinn guards against complacency, warning the virus has not gone away and says it could be another year before things return to normal. “Covid is not over,” he says. “We don’t know what the next six to 12 months will bring. Now is a good time to have cash.”

How Davies would like to be in a position to be able to say that.