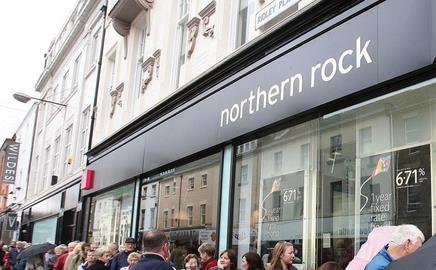 Housebuilders played down the impact of the global credit squeeze on the industry after the Northern Rock crisis led to fears of a meltdown in the mortgage market.

• Countryside: ‘Any downturn will be short-lived’

• Berkeley: ‘There may be an effect on production, but fundamentals haven’t changed’

• HBOS: ‘Regeneration is a safe investment’

The prospect of tighter mortgage lending by banks in the wake of Northern Rock’s woes has led to concerns that housebuilders will be forced to reduce their build programmes. The value of the housebuilding sector dropped by £850m in share falls last week but has since partially recovered.

With the exception of Northern Rock, most banking shares recovered after the government guaranteed all deposits in the sector on Monday night.

The general view in the City is that, although a wholesale credit crunch in the mortgage market is unlikely, home buyers are likely to be offered less generous mortgage terms. However, the RICS painted a bleaker picture this week, as it warned there was a “one in 10 chance” of a nineties-style property crash.

The credit crisis has also led to speculation that City investment in the hitherto buoyant regeneration sector will fall, but Tony Pidgley, managing director of Berkeley Group, remained optimistic. He said: “There’s a huge disconnection between the crisis in the City and the housing market. If mortgage lending does get tighter it’ll affect production, because housebuilders work to demand, but the fundamentals haven’t changed.”

Mark Hammond, head of integrated finance at HBOS, insisted that the crisis and tighter credit would not have an impact on regeneration funding.

Pointing to the government’s commitment to regeneration, he said: “The sector is probably a safer investment than many others at the moment.”

Alan Cherry, chairman of housebuilder Countryside, said that although house prices were showing signs of easing, demand would ensure the market remained strong.

Cherry said: “Bearing in mind the shortage of housing we have at the moment, I would expect any downturn to be short-lived.”

Chris Millington, an analyst at Bridgewell Securities, said the run of takeovers in the market was likely to end, despite the low price of housebuilders. He said: “Housebuilders and others with an eye on buying in the sector will want to see how things work out before extending their debt levels with purchases.”

For the latest on the credit crunch go to www.building.co.uk

Wednesday 19 September
The US Federal Reserve cuts interest rates by a half point, causing an upturn in global markets