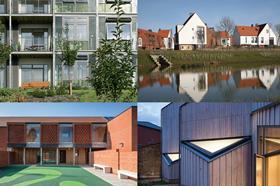 The number of housing starts in England rose 6% in the second quarter of this year, and 7% year-on-year, the latest official figures have shown.

The Department for Communities and Local Government statistics (attached right) showed housing starts in England rose 6% to 29,510  in the second quarter of the year compared to the first quarter, with completions up 9% to 27,270.

Private housing starts were 7% quarter-on-quarter, but starts by housing associations were 3% lower.

Completions are 44% below their March quarter 2007 peak.

Rhian Kelly, CBI director for business environment policy, said: “These are early signs of a pick-up but we need to put it in perspective.

“We’ve been falling woefully short of building the homes we need for decades. There’s huge pent-up demand which is just not being met – from first-time buyers and from second-steppers looking to get on the next rung of the ladder.”