Construction firms were paid close to £900m by HS2 in the first six months of the year.

Data published by the Department for Transport has revealed the bills paid by the railway with a value of more than £25,000. 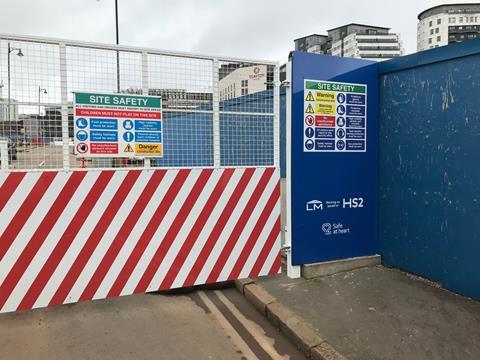 Those firms whose invoices topped more than this figure a month were paid £895.5m for their work on the £100bn project.

A Laing O’Rourke and Murphy joint venture, which is carrying out demolition and enabling work across the West Midlands, was the top paid supplier, picking up £165.4m between January and June.

Align JV – the team made up of Bouygues, Sir Robert McAlpine and VolkerFitzpatrick which is carrying out the main civils work around the Chilterns – was the next best paid for the period, earning £114.8m.

And the Balfour Beatty Vinci joint venture, responsible for building 80km of the route from Long Itchington in Warwickshire to the centre of Birmingham and on to Handsacre in Staffordshire, was paid close to £110m.

Construction firms were paid a total of £180.4m in May, the most of any month in the first half of the year. The next best month was June with £177.8m paid to contractors and consultants.