Infrastructure commission lays out spending plan for next three decades 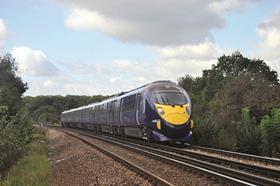 The NIC, which published the inaugural National Infrastructure Assessment (NIA) this morning, has revealed a £180bn pipeline of infrastructure projects it identified as imperative to the UK.

In its report, the NIC which is chaired by Sir John Armitt, said: "The recommendations set out in this Assessment are not simply a wish list. The recommendations are affordable within the resources set out by the government and provide a fully costed plan for infrastructure spending without significant additional costs to bill payers.

"The recommendations in the Assessment have all been carefully considered by the Commission bearing in mind its objectives. The implications of the recommendations for public expenditure and for bills have been weighed up.

"The Commission has made judgements on priorities for expenditure within the government’s infrastructure funding guidelines." 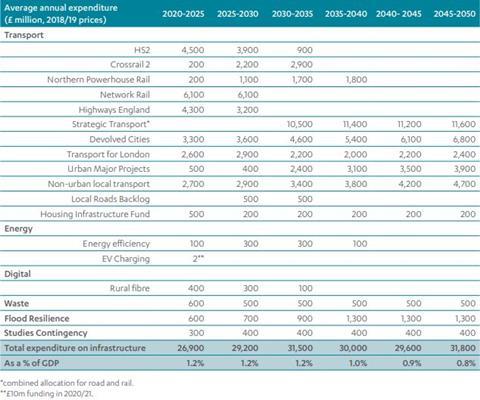 The NIC said a UK infrastructure finance institution would need to be set up if the UK loses access to the European Investment Bank. It also said improving the analysis of costs and benefits of private financing and traditional procurement was key.

Engaging stakeholders and the public on paying for road use, recognising that the existing approach is unsustainable was also identified as key to financing the schemes.

The NIC's final recommendation in terms of improving financing options was expanding and strengthening the range of mechanisms for capturing a share of increases in land value associated with infrastructure.

Outside of financing, the NIC also identified that the right skills were needed to deliver major infrastructure projects.

Industry has welcomed the Assessment, with many labelling it as a "blueprint for infrastructure investment".

Ian Liddell, managing director, planning and advisory at WSP, said: “Clarity, prioritisation and a long term plan are regular asks from business. From skills, to housing, industrial policy and devolution, every sector looks to Government to set the long term vision, especially in the context of Brexit.

"And credit should be given where it is due. With the Industrial Strategy, the Clean Growth Plan, and the 25 Year Environment plan, Whitehall had responded.

"The missing link was an ambitious, prioritised and deliverable plan for infrastructure. The NIA delivers just that. Building on ‘Congestion, Capacity, Carbon’, it does so in a truly progressive way: focusing on the end goals people can relate to such as sustainable economic growth, competitiveness and an improved quality of life.

"This is a first of its kind approach, which WSP fully endorses. We especially welcome the emphasis on a consultative approach to delivery and the Commission’s view that infrastructure delivery depends on the availability and development of the right skills.” 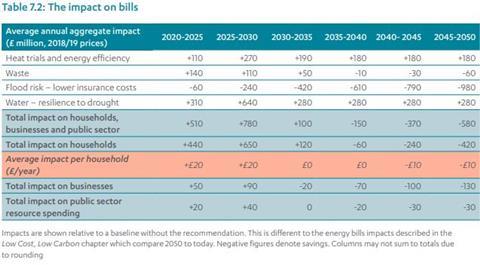 Jonathan White, UK head of infrastructure, building and construction at KPMG, said: “I’m impressed with a comprehensive review from the Commission that challenges government to take the necessary steps to ensure that the UK’s infrastructure is fit for purpose in the future.

“Infrastructure investment has the ability to transform the economy, but it has undoubtedly been negatively affected by Brexit uncertainty. By taking on board the assessment’s recommendations, the government can send a signal that the UK is open for business and has a clear plan.

“Finally, I’m pleased to see road pricing included in the assessment. This is a politically difficult area but there is an honest debate to be had about where the funding for the upgrade of Britain’s road infrastructure will come from.”

David Whysall, managing director of infrastructure at Turner & Townsend, said: “The National Infrastructure Assessment sets out a bold vision for a UK which is better connected, more sustainable and more productive.  The onus is now on Government, infrastructure clients and the construction supply chain to back and deliver this vision.

“The most obvious challenge is funding and financing.  Against a backdrop of constrained government spending and unsecured European funding commitments, it’s fundamental that we attract private investment – both domestic and international – into infrastructure.

“The success of this investment relies on confidence of industry to deliver; we must work hard to build it.  From government, we need a secure pipeline of projects with political backing.  We also need to see government lead the adoption of “capable client” principles, driving a change in delivery models and transition towards modern forms of procurement.

"Finally, it’s essential that we prove that the infrastructure supply chain can gear up to meet demand, with the talent, skills, technology and capabilities in place as supported by the new Construction Sector Deal."

Nick Baveystock, Institution of Civil Engineers director general, said: “Resilient infrastructure is vital for creating a more sustainable future for Britain. With an aging, and growing, population it is essential that infrastructure meets the future needs of society – this requires a long-term strategic approach to allow for effective planning and delivery.

“In publishing this detailed and comprehensive plan, the NIC has recognised the important areas that need clear strategic direction, from cleaner energy sources to digital transformation to improved flood defences."

He said it was now up to the industry, clients and government to work together to make the recommendations a reality.

Reducing the risks of drought and flooding