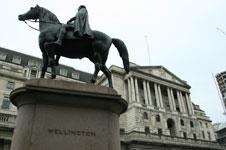 The Bank of England cuts cost of borrowing to 5.5%

The Bank of England has cut interest rates for the first time in two years to 5.5%

The bank’s monetary policy committee had set its main lending rate at a six-year high of 5.75% for the last three months, but has finally given in to the demands of the weakened housing market.

Mortgage lenders have been calling for the Bank to cut interest rates in the face of a market slowdown and looming credit crisis. Analysts have predicted the rate will fall to as low as 5% by the middle of next year.

In a statement, the Bank warned of rough market conditions in the coming months.

It said: “Conditions in financial markets have deteriorated and a tightening in the supply of credit to households and businesses is in train, posing downside risks to the outlook for both output and inflation further ahead.”

The interest rate has not been cut by the monetary policy committee since August 2005.