Interserve’s JV partner for its last outstanding energy-from-waste plant has resigned itself to the pair’s £950m contract being ripped up by the client.

Resource Recovery Solutions is a 50-50 partnership between the contractor and waste management firm Renewi, which in 2014 signed a 27-year waste management contract with Derby and Derbyshire councils, that included a provision to build a £145m EfW plant in Derby.

Interserve has had sole responsibility for building the plant but more than two years after the spring 2017 deadline has failed to hand it over – despite entering the commissioning phase in January 2018.

The contract’s long-stop date was breached at the end of last September, freeing up the councils to bin RRS off the job.

In April, the councils gave RRS’s banks until next month to step in and ensure the plant is completed, adding: “If the banks decide against taking action then the councils will bring their long-term waste management contract with RRS to an end.”

Last month, Renewi told investors in its annual report that it has “provided for the complete termination of the PPP contract” because of “the failure of our partner, Interserve, to commission the facility”. It added: “[It] is two years late in commissioning.”

Renewi said this would mean a €64m (£57m) writedown of its investment in the facility and extra provisions for the costs of exiting – which it said were the biggest reasons the firm lost €98m (£89m) in 2018.

And the firm also said it had booked €11.6m (£10.4m) of incoming money which, it said, is “owed to us by Interserve but which remains outstanding”.

Interserve declined to comment on when it expects to finish the EfW plant or Renewi’s €11.6m claim against it.

But a spokesperson for the group said: “We continue to work with all of the project stakeholders to bring the Derby facility into service and to resolve any outstanding matters.”

Spokespersons for the councils said their position was unchanged since April and that they are waiting to see whether the banks will respond by their 8 August deadline.

Renewi, which is listed on the London Stock Exchange and formed in 2017 after Shanks was bought by Dutch firm Van Gansewinkel Groep, declined to comment.

The plant has been dogged by a series of problems, including issues with the biofilter and the need to carry out remedial work on windows.

Locals in the Sinfin area of Derby, where the plant has been constructed, have also complained about smells and an infestation of flies. 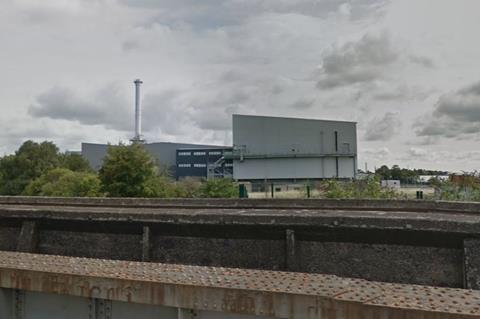