Interserve tells subcontractors and staff not to worry about upcoming payments

Senior figures at Interserve have moved to reassure worried subcontractors and employees there will be no issues with upcoming payments.

Ross Mather, who is the managing director of Interserve's engineering business, and Emma Millward, marketing and bid coordinator at Interserve Construction, took to Twitter over the weekend to promise the company will have no problems paying its bills despite the firm being forced into a pre-pack administration on Friday. 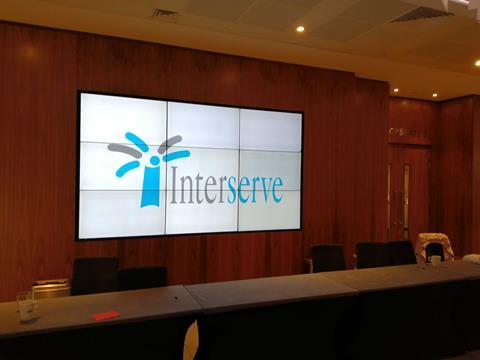 In response to a question about whether subcontractor payments would go ahead as usual, Millward said: "Yes, rest assured there will be no delay to payments. Customers & sub-contractors will see no difference to our services as we continue to trade as normal."

And yesterday, Mather tweeted a screenshot of a statement on Interserve's website, saying it was "business as usual Monday".

Meanwhile, leaked documents have revealed that the government had plans to nationalise parts of Interserve had the company fallen into liquidation.

According to the Mail on Sunday, leaked Whitehall memos showed that when Interserve’s financial woes worsened toward the end of 2018, the civil service put together a proposal to create a state-controlled company that would have been on standby in case the contractor crashed into liquidation like Carillion.

Should Interserve have collapsed, the documents revealed the government was prepared to move staff into the new company to ensure vital public services were not disrupted.

A Cabinet Office spokesperson told the Mail that it did not comment on leaked documents but said that it was "sensible for central government and other public sector buyers to prepare for all eventualities – even ones we consider unlikely – and make sure that public services are protected".