CPA’s deputy chief executive Tebbit will leave in May 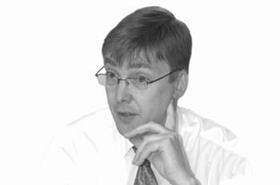 The Construction Products’ Association (CPA) industry affairs director and deputy chief executive John Tebbit is leaving the association to join a products design firm in May.

Tebbit will join Robust Details as managing director, after 13 years at the CPA.

At Robust Tebbit will have responsibility for developing the firm’s technical resource and business development and will report to the firm’s chief executive Dave Baker.

CPA chief executive Diana Montgomery said: “John’s work has touched upon many of the major issues impacting on our industry and the wider built environment, including technical standards, building regulations, energy efficiency, sustainability, and BIM, to name just a few.

“It is due in no small part to John’s endeavours that the Association is today seen as credible and the voice of reason in many debates between industry and government.”

Tebbit said: “Recognition by government in the appointment to the Building Regulations Advisory Committee in 2006 was an early win.  I have ‘done’ four sets of Part L, as well as Parts A, B, E, F, G, K, M and N each, at least once, and ensured our industry voice was heard.  Not that government always agreed.

“Looking back at the big issues of 2013, such as the CPD/CPR, they are now seen as essentially implementation issues rather than mega threats to the sector.  Even zero carbon has now reached the point where the argument is about exactly how much it will cost rather than whether we should do it.  We now see people wanting to use formal standards to measure sustainability rather than the previous plethora of proprietary standards.

“In my time with the Association, earning the trust of the people I deal with in various sectors and companies, as well as many government officials, has been special.”