Kier gets nod for Cardiff homes

Work on Lisvane scheme to start later this month

Work on the 270-homes scheme, called Parish Reach in the Lisvane area of the Welsh capital, is due to start later this month.

The firm will build a mixture of homes including four and five bedroom houses. 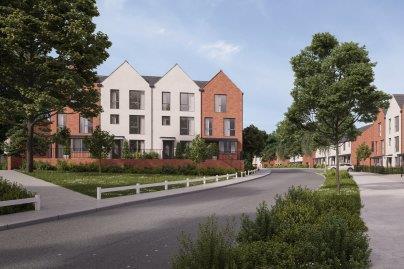 Lisvane is one of the wealthiest areas of Cardiff and according to property website Zoopla, the average house price in the area was just over £541,000 at the end of last year.

Parish Reach (pictured) is the third phase of a wider development called Churchlands which has already seen Redrow complete hundreds of homes at the site.

The race to buy Kier Living is now believed to be down to two private equity firms.

Building understands a bid by Kier Living’s management to buy the £374m turnover business is now out of the running.

The division was put on the block last June after chief executive Andrew Davies said the division, which last year saw the number of homes it built drop 6% to 1,926, was no longer a core part of the group.