Francesca Fryer will join the university as director of estates 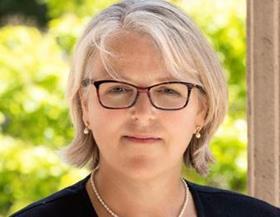 University College London has poached a senior figure from the Ministry of Defence to take over as its director of estates just weeks before contractors are due to be appointed to the first phase of its new Stratford campus.

Francesca Fryer (pictured), who is currently head of estate strategy for the Defence Infrastructure Organisation (DIO), is taking over from Andrew Grainger, who steps down from the role this month.

Grainger who has been director of estates for more than nine years announced he would be stepping down in April. He will continue to work for the university in a part-time role to support the development of its new UCL East campus.

At the DIO, Fryer has been involved in the planning of the infrastructure and service accommodation for some 20,000 service personnel and their families returning from Germany. She was previously workplace director for the BBC’s core campus in White City where she played a leading role in the BBC’s transformation programme.

UCL’s Stratford campus was given the green light in March, with London mayor Sadiq Khan signing off on the project.

Work is expected to get underway on the first phase of UCL East early next year, with five firms including Laing O’Rourke and Sir Robert McAlpine set to find out this summer who has won the £200m deal to build Marshgate I at the east London campus.

The pair are joined on the shortlist by Lendlease, Mace and Bouygues with a winner expected to be announced by the end of summer.

A shortlist of contractors to build the first phase’s second building, Poole Street West, is also expected to be revealed next month.

Last month the university secured £100m of government funding toward the cost of building the new campus.

UCL East, which is being built close to Zaha Hadid’s aquatics centre, is part of the wider East Bank cultural and arts project, which has previously been known as Stratford Waterfront and Olympicopolis.

The section of the project being built for Sadler’s Wells theatre, the London College of Fashion, the BBC and the V&A museum is being designed by Allies & Morrison, O’Donnell & Tuomey and Arquitecturia.