Framework will now run until next January

Manchester university has extended a framework for contractors by 18 months due to the covid-19 pandemic.

The construction works framework 2016, which is divided into four lots, covers projects up to £10m meaning it is used on more of the university’s minor projects. 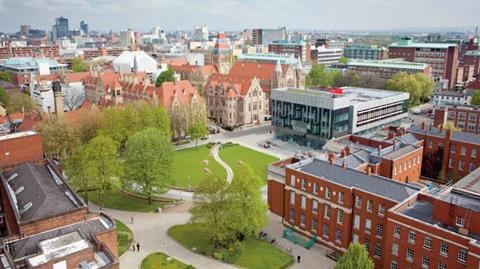 The university framework was due to run out last summer

Graham, Kier and Willmott Dixon are the firms on the highest value lot – which covers projects between £4m and £10m.

The university said the extension had been made due to the fact “the outbreak of covid-19 and its impact on the university could not have been foreseen by a diligent contracting authority”.

The university said it did not anticipate that the next 18 months will result in a large increase in spend.

The framework is now due to expire in January 2022 – having previously been set to run out in July last year. It only publicly confirmed the decision in a notice published to the Official Journal yesterday.