Soaring materials prices and an uptick in the cost of labour will keep pushing tender prices up until 2025, Mace has said. 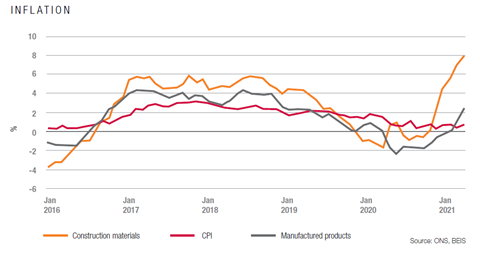 The report said increases in the price of products including steel, timber and concrete, caused by a lack of supply and the volatility caused by the initial lockdown period, alongside Brexit implications, had impacted prices. 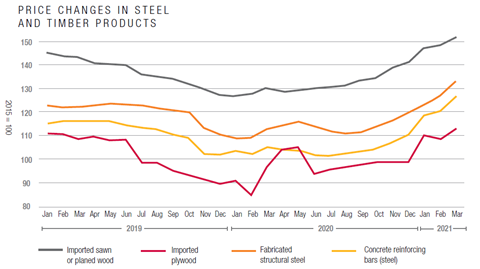 The firm’s consulting arm said that despite higher materials costs, construction output was 2.4% above its February 2020 level.

It said some sectors, such as repair and maintenance and infrastructure, had fared significantly better than others, with private industrial, which is down 27%, and private commercial, which has dropped 10%, among the more badly affected sectors.

Mace said, as a result, all new work was still lower than 13 months ago.

Steven Mason, managing director for cost consultancy at Mace, said while demand in some sectors remains weak, the overall picture and sentiment for construction and infrastructure projects looks increasingly positive.

He said: “With a risk averse supply chain that is reluctant to absorb the impact of these rising input costs, we anticipate a larger than expected impact on market prices and have adjusted our forecasts for 2021 upwards to reflect this.”

The firm added that while material costs were the most serious inflationary pressure for tender prices, they were not the only factor that had changed over the last year.

The firm said while it had previously felt labour costs held greater risks than material prices they had not yet come to fruition.

But it said the large number of vacancies that currently exist and the ongoing recovery meant labour costs could start to head up. 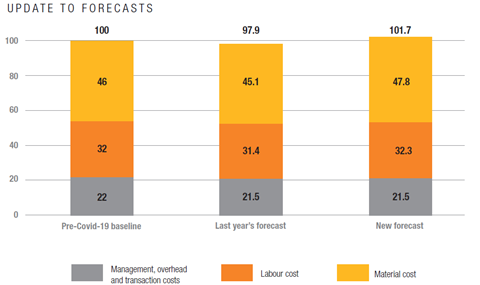