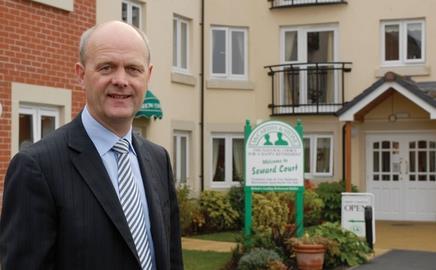 The chief executive of retirement housebuilder McCarthy & Stone, has said the company will be floated or bought by private equity in the next few years

Last week, about 60 lenders completed their takeover of the company after its £800m debt pile became untenable, but Howard Phillips said the banks were not interested in running the company in the long term.

He said: “There will come a point when the banks want to sell and that will either be through a flotation or the business could be bought by private equity. Whatever happens, the new owners need to be committed to the business.”

McCarthy & Stone was taken private by a consortium of HBOS, Sir Tom Hunter and Reuben Brothers for £1.1bn in 2006, after a three-way bidding war at the height of the housing boom.

Under the terms of last week’s rescue deal, the lenders hold £500m in debt, but Hunter, Reuben Brothers and the company’s management team have lost their stakes.

While management is understood to have lost about £4m and Hunter is believed to have lost in the region of £30m, Reuben Brothers is reportedly more than £100m out of pocket.

Sources close to the company played down suggestions that 16 directors would receive multimillion-pound payouts if the company was sold. Although a £43.5m payout would be triggered if it changed hands for £790m, one source said there was “no way on God’s earth” its value would climb so high in the next few years.

It is understood the best offer received for the company prior to the bank deal was £350m from a private equity group, thought to be US firm Oaktree.

Phillips said the company had made a second round of redundancies earlier this year, which has left it with just fewer than 700 staff, half the level of a year ago.

He added that reservation levels were 40% down on last year, but predicted its target of 1,300 units in the year to 31 August 2009 would be beaten.

Wwhen your owners are your bankers...