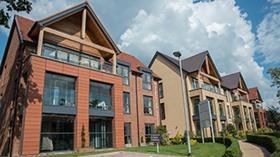 And the firm, which claims a 70% share of the owner-occupier market, pointed the finger of blame for a 10% fall in underlying pre-tax profit to £94.1m at the age and mix of units sold, increased incentives and build costs.

It completed 2,302 new units during the year to the end of August, against 2,296 in 2016, and said the demand for high-quality retirement housing “remained strong”.

Chief executive Clive Fenton said the group was confident it would deliver on its medium-term growth objective of building and selling more than 3,000 units a year.

“We are on track to open around 80 sales outlets and deliver more than 65 first occupations in 2018. We have sufficient land under control, much of which already has detailed planning consent.”

The group’s landbank of 9,967 plots was equivalent to just over four years’ supply, he added.