Number of Carillion workers transferred to new suppliers is approaching 12,000 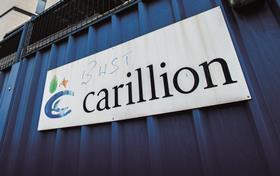 The futures of more than 200 Carillion workers were safeguarded this week, according to the latest update from the Official Receiver.

In a statement released earlier today, a spokesperson for the Official Receiver confirmed 215 jobs had been saved in the past week.

The spokesperson said: “Secure ongoing employment has been confirmed for a further 215 staff who are transferring to new suppliers, taking the total number of jobs saved to 11,954.

“Regrettably 12 job losses are being announced. Discussions continue with potential purchasers for Carillion’s remaining contracts and with staff, elected employee representatives and unions as these arrangements are confirmed.”

While the jobs of 66% of the pre-liquidation workforce have been saved, 2,352 people, or 13% of employees, have been axed.

A further 1,129 employees have left the business during the liquidation through finding new work, retirement or for other reasons.

Meanwhile, just under 2,700 employees are currently retained to enable Carillion to deliver the remaining services it is providing for public and private sector customers until decisions are taken to transfer or cease the contracts.