Work at mid-Wales site will finish next year

Morgan Sindall will start work next week on a £16.5m renovation of the student hall Prince Charles called home at Aberystwyth university in Wales.

The heir to the throne spent a term at the historic Pantycelyn residence in 1969 – the year of his investiture as Prince of Wales.

First opened in 1951 and a dedicated Welsh-language hall since 1973, the Welsh government is chipping in £5m towards the project through its 21st Century Schools and Education Programme.

Morgan Sindall was awarded the job through the South and Mid Wales Collaborative Construction Framework, which it was reappointed to last week.

Plans to restore the building involve external renovations, along with internal refurbishments across 70,000ft2. The work will create ensuite bedrooms, with high-speed internet access for up to 200 students.

Construction will be completed in time for the new academic year in 2020. 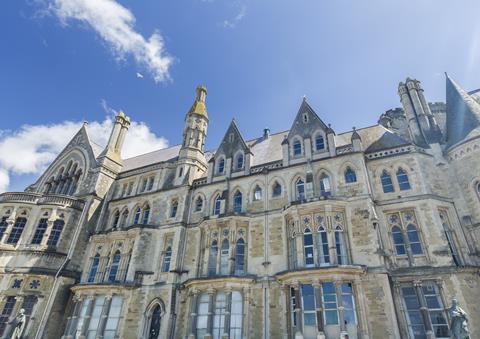 The university’s Gothic college building on the seafront