MPs slam Carillion execs over failure to hand back bonuses 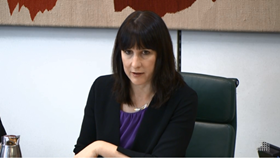 MPs have challenged senior Carillion staff to hand back bonuses they were awarded in the 12 months before the firm went bust.

Labour MPs Rachel Reeves (pictured) and Frank Field, who co-chaired the committee hearing questioned the sincerity of the executives’ guilt if they were unwilling to turn over cash.

Reeves said: “All of you sitting here with multi-millions of pounds of payment from the company over the years say how sad and disappointed you are.

“But what actions do you take to show that? Because it’s just words isn’t it? ‘I’m sad, I’m disappointed, I wish I could have done things differently, but the money’s in the bank.’

“Instead of the words why don’t you do something? Why don’t you give some money back? Try and give something back, try and put right some of these wrongs.”

Field said while those facing the committee had opened up very effectively about how sorry they were, but that did not lead to any money coming going back to creditors.

He said: “Why should we believe you that you feel so sad about all this when it doesn’t extend to your chequebook?

“Pensions are getting cuts, large numbers of people aren’t going to get paid for their contracts, other people have lost their jobs and you are still alright, all of you. Aren’t you?”

Former chief executive Richard Howson and ex-finance director Richard Adams said they would hand back bonuses if it was found they were improperly administered.