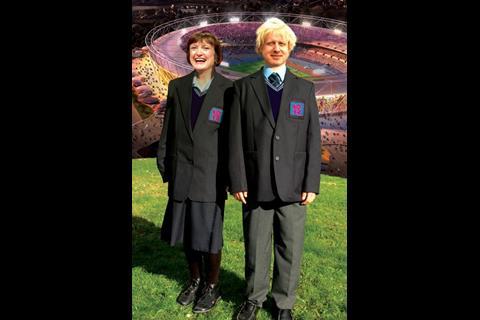 Class of 2012: Jowell and Johnson discussed plans for the pilot school on Wednesday 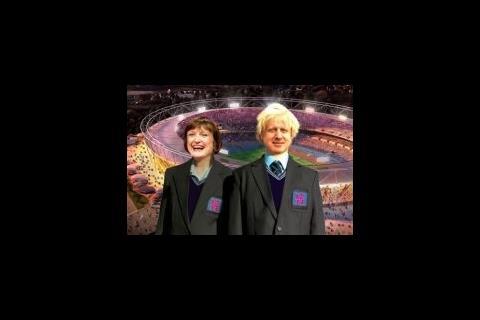 London’s Olympic stadium will be transformed into a sports-themed school after the 2012 Olympic Games.

The government is set to announce the plan next week, ending speculation that a premiership football club or rugby club Saracens would take over the venue after the Games. Olympic bosses ruled out this option because of the expense of removing the running track around the pitch.

The decision was being confirmed in a meeting of the Olympic Park Regeneration Steering Group, chaired by London mayor Boris Johnson, as Building went to press on Wednesday, but a source close to the situation said that the plan would definitely be approved.

A source close to the plan said: “The aim is to use the Olympics and the venue to inspire young people.”

No decision has been made about the school’s name, in part because it is not yet clear whether the International Olympic Committee will permit free use of the word “Olympic”.

The government is also planning for the stadium to take over as the National Skills Academy for sport and leisure, opening it up for sports events and clubs. Officials will also consider putting hotels and shops in the venue.

The decision not to hand the stadium over to a sports club means its construction will have to be subsidised by other Olympic schemes. The source said: “The stadium won’t break even or make a profit, but the park as a whole will, and will cross-subsidise the stadium.”

Following the meeting, Olympic bosses are also to announce that they are cutting the number of homes planned for the Olympic village from 17,000 to 10,000-12,000. Consultation on this is due to start next week.

Thirty-five per cent of the homes will be affordable – below the previous mayor’s target of 50% – and 40% will be family housing.

A spokesman for the London Development Agency, which is in charge of the Olympic legacy, confirmed an announcement on the future of the Olympic park was planned for next week but declined to comment on the details. However, he said that a mixed use for the stadium, including education facilities, was being considered.

Details were due to be released yesterday about the body that will control the Olympic legacy after 2012. The special-purpose vehicle will not own land or have planning powers, but will work with public sector landowners.

What are studio schools?

Studio schools are a concept dreamed up by social policy think tank the Young Foundation, that will be piloted by the Department for Children, Schools and Families. They wil be small schools of about 300 14-19 year-olds, designed to accommodate children who aren’t being fully catered for by the traditional secondary sector, including so-called "problem" kids. They will teach the national curriculum through enterprise-themed projects, with every student given a personal coach, and incorporating paid work for older students. A particularly strong emphasis is placed on practical work.