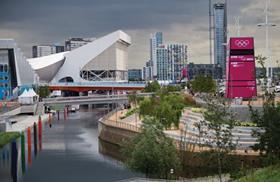 The London Olympics, Davis Langdon, Interserve and Mitie have all won awards at the British Institute of Facilities Managements (BFIM) Awards.

Davis Langdon, an Aecom company, was named consultant of the year for its FM support to Marks & Spencer, Merseyside Police and Ministry of Justice - beating competition from EC Harris, Neller Davis and Turner & Townsend.

Craig Little, head of FM Consulting for Davis Langdon, commented: “We’re absolutely thrilled to win this award, which is due to the continuous hard work and effort of every one of our team of consultants. In facilities management, this is the award to win, and it feels great to be recognised as the best at what we do.”