Many of the 300,000 homes the government wants to build each year could become “uninhabitable” because of climate change if building regulations are not changed to combat overheating, a major report has warned.

Increasingly hot summers could lead to loss of life because of a lack of planning on making homes cooler, with the shift towards home working adding to the urgency to get to grips with the issue, the Climate Change Committee (CCC) has told the government. 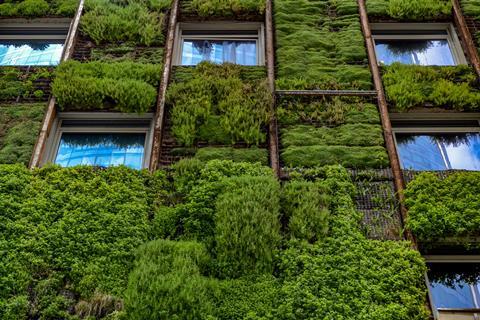 The Met Office has predicted that prolonged heat waves like the one seen in 2018 are likely to occur on average every other year by 2050 with temperatures possibly exceeding 40 degrees, while urban “heat island microclimates” are expected to intensify, resulting in “tropical” night time temperatures in major cities.

The report called for an overhaul of building regulations including the National Planning Policy Framework (NPPC) and a massive retrofitting programme to tackle overheating in new and existing buildings.

There is a major risk of homes being built through the government’s housebuilding programme being unprepared for hotter conditions if urgent action is not taken now, with inaction potentially leading to buildings becoming largely uninhabitable as temperatures rise, the report said.

CCC chief executive Chris Stark told the BBC that it was “really troubling” how little attention the government has paid to climate-proofing measures.

“The extent of planning for many of the risks is really shocking. We are not thinking clearly about what lies ahead.”

> Countdown to COP26: Are we building with the climate of the future in mind?

Baroness Brown, chair of the CCC’s adaptation committee, said that the government had not been listening to the group’s recommendations and were still building homes which were unfit for future climate conditions.

“Since our last climate change risk assessment five years ago we have built 570,000 new homes in this country, which are not well adapted to heat and which will overheat in typical summers today, let alone the summers we will be having in 10 from 20 years time.”

Responding to the report, Alastair Mant, business and transformation director at the UK Green Building Council, said the government must have detailed and costed plan to ensure UK buildings are resilient.

He added: “Ahead of COP26 in November, it is time to show global leadership and initiative by ensuring climate adaptation actions are being implemented at a national scale.”

And Emily Shuckburgh, director of Cambridge University climate change policy group Cambridge Zero, said that it would be “shocking” if the government did not respond to the report.

She added that preventing homes, where 30% of people in the UK now work, from becoming “furnaces” in future summers would make “good economic sense”.

The report comes amid a heat wave across large parts of the UK, with temperatures in London nearing 30 degrees today and expected to stay in the 20s through the night.