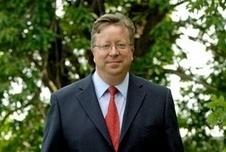 Partnerships for Schools is considering setting up regional frameworks for the £15.6bn of building work that it is taking over from the Department for Children, Schools and Families

PfS, which is already responsible for delivering the government’s £45bn Building Schools for the Future programme, will take on the extra work from 1 October. It includes the primary school building programme, which was launched in April, and which will spend £1.6bn over the next two years. No procurement route has been agreed for this work.

The use of frameworks would be a boost for medium-sized contractors, which could miss out on work procured through local education partnerships (LEPs).

The LEP model, under which a consortium teams up with a local authority, is also being considered. It tends to discriminate against smaller firms because of its broader scope.

Tim Byles, chief executive of PfS, said: “We don’t rule out the use of frameworks to do primary capital – it could happen. There will be no single approach to delivery.”

Other programmes transferring to PfS include the Targeted Capital Programmes, which is aimed at specific policy goals, such as zero-carbon exemplar schools.