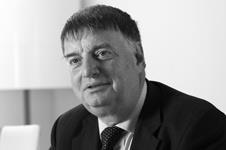 The turbulent relationship between the RICS and its QS members has reached crisis point, a document seen by Building has revealed.

The RICS’ QS group has drafted a five-page letter to the RICS governing council, which it intends to send before the council’s next meeting in July.

It sets out a number of grievances, including a new reporting line for QSs within the RICS and a perceived lowering of standards for obtaining chartered QS status.

The 17-strong QS board is chaired by Stuart Earl, a partner in Gleeds. Other members of the board include staff from Davis Langdon, Turner & Townsend and Driver Consult.

The letter raises the prospect of the QS faculty quitting the body. This would be a serious blow to the institution as QSs make up 40% of its 100,000 global members. Membership fees, usually paid by firms on behalf of their employees, are £400 a year per chartered member.

The strongly worded document, which may be revised before being sent, is the product of many years of discontent among QSs. The specific complaints reflect their more general concern that, despite their numbers they make up only one of 17 groups, which means their voice is not heard within the institution. It also springs from an uneasiness with the RICS being run as a commercial concern.

The document puts forward the idea of asking the Financial Services Authority (FSA) to replace the RICS as the profession’s regulator. The document says “several large firms” have held discussions with the FSA about this.

A source close to the QS group said: “Things are coming to a head the feeling is very strong. Quitting the RICS is being discussed by some members.”

The document argues against the new reporting proposals on the grounds that they would add extra layers in the hierarchy. Rather, it says the group should be entitled to report directly to council “without being fettered by private quangos”.

It added: “The effect of the disenfranchisement further alienates major employers and contractors who do not believe that their views are being heard.”

Max Crofts, president of the RICS, blamed the row on “a handful of members pursuing personal agendas” and said all RICS professional groups were working well with new governance arrangements.

He added: “If we have disgruntled QS members on the current board it is better that they leave the board and are replaced by members who wish to support the profession.”