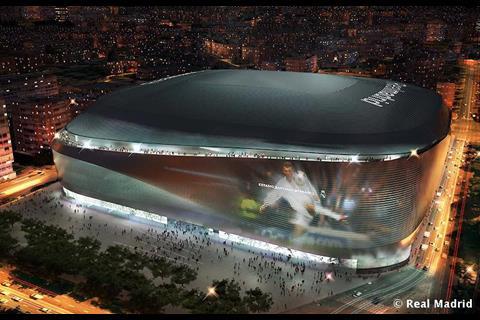 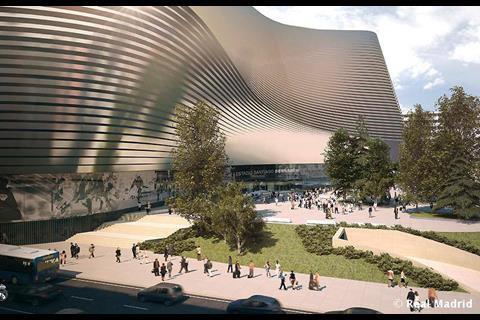 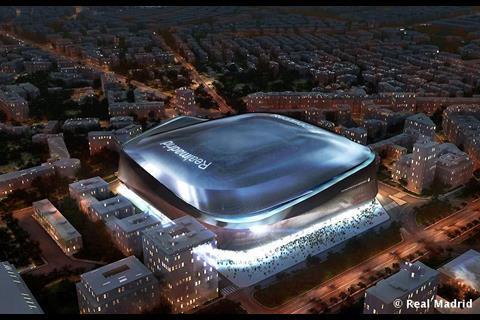 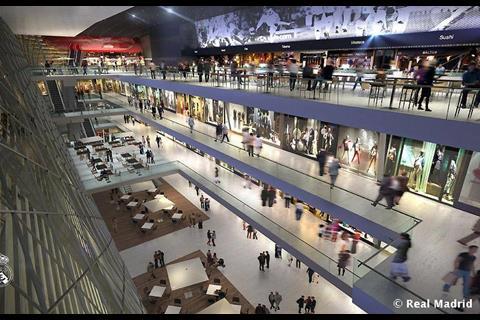 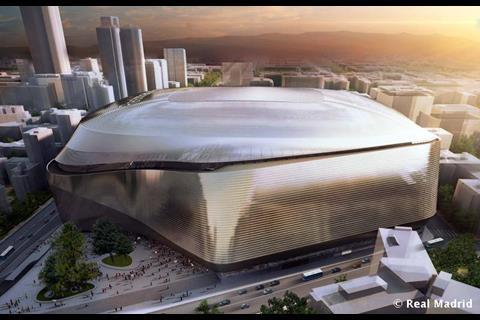 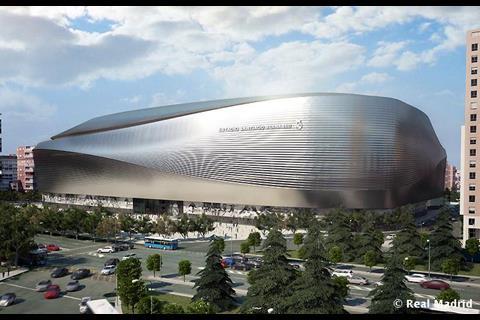 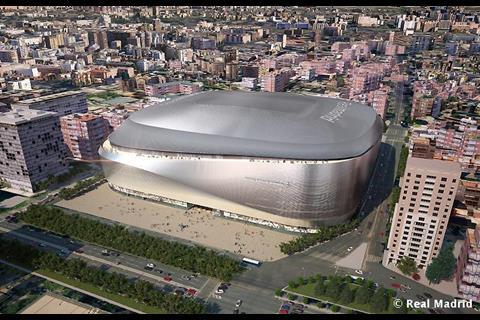 Real Madrid has unveiled the winning design for a £330m revamp of its iconic Bernabeu stadium.

Hamburg-based GMP beat off competition from three other bidders, including Foster + Partners with De la Hoz; Herzog & de Meuron with Moneo; and Populous with Estudio Lamela.

The scheme involves the construction of a new exterior to the stadium, which will feature a hotel and shopping centre, with work to begin at the end of this season and be completed by 2017.

Half the financing is expected to come from selling naming rights and half from a bond issue among Real Madrid football club members.

Real’s plans come just a week after great rival Barcelona revealed it is working with UK firms ISG and RLB on £495m plans to revamp its Nou Camp stadium, after its board rejected the option of building a new stadium.