RIBA president meeting with contractors, housebuilders as well as local authorities in bid to widen RIBA’s engagement with industry 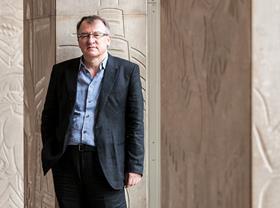 Stephen Hodder is continuing his new year push with the industry’s clients with housebuilders and local authorities next on his list of meetings.

According to Building’s sister title Building Design, the RIBA president met contractors, including Laing O’Rourke, Carillion and Skanska, earlier this month to find out what they wanted from architects as part of an overall fact-finding mission to improve the profession’s influence.

Now Hodder is set to meet house builders at RIBA’s London headquarters next month with Taylor Wimpey, First Base, Family Mosaic and Argent, the developer behind the revamp of King’s Cross, all due to attend.

The following month at the Mipim property show in the south of France he is meeting up with local authorities and property agents.

Hodder said: “I’m asking all of them ‘what’s your perception of the industry and how can we add better value?’ I think it’s important we [RIBA] give our members something tangible to go out and get more work.

“It’s important that we get a perception of how we’re seen and from that we can say ‘this is how we best hone our skills’.”

Hodder met representatives from Barratt and Linden Homes last month and has already said the biggest policy issue for RIBA ahead of next year’s general election is the quality of housing put up in the coming years. Hodder described his meeting with the contractors as “useful” and said he planned to follow it up with one to one meetings.

“There were a couple of interesting issues that came out of it,” he said. “One of the main ones was that architects have surrendered the design manager role. A couple mourned the tendency for architects to have withdrawn from the co-ordinating role.”

Pringle said: “It was a good meeting. It wasn’t a sniping session. I think the days of architects and contractors sitting in the trenches throwing grenades at each other are over. Architects have a chance of getting architecture at the table if they play the game right.”