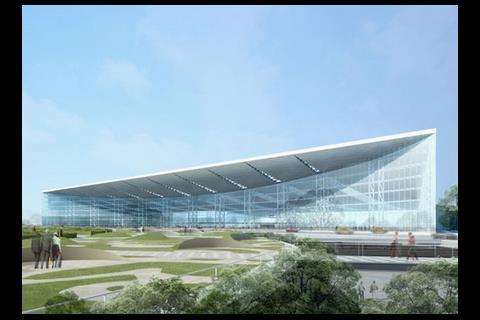 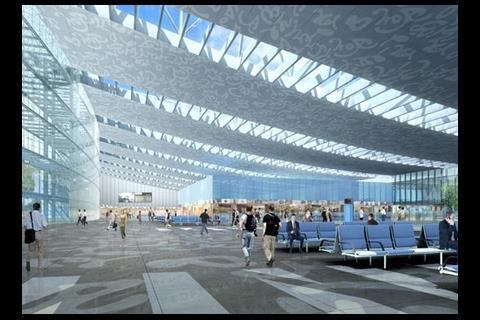 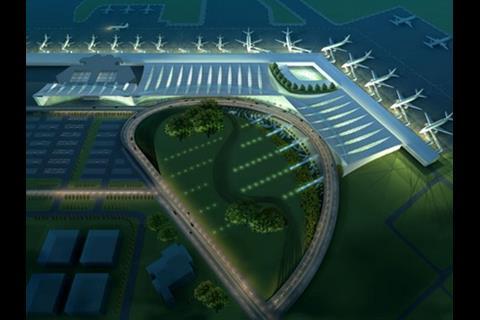 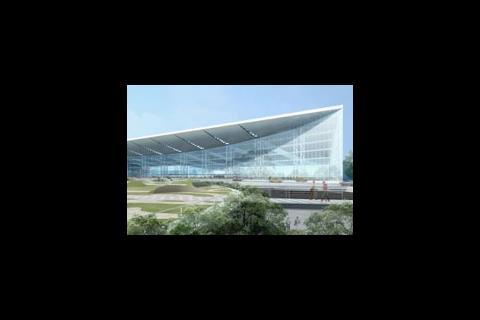 Architect RMJM has been appointed to design the new domestic terminal at Kolkata Airport in India.

The UK-firm was appointed by Airports Authority of India, and will be supported by Delhi-based Sikka Associates.

The 40,000m2 first phase of the new airport is designed to accommodate a peak passenger flow of 1,800 per hour. A second design phase will approximately double these figures.

RMJM beat off competition from a shortlist including HOK and Aéroports de Paris.

The design concept for the airport revolves around an abstract reference to the writing of Asia’s first Nobel laureate, Rabindranath Tagore of Bengal.

The graphic nature of his writing is visible as large scale patterns etched on to the underside of the main roof as well as in the landscaping across the forecourt ground.

A number of mature trees will be retained as a striking counterpoint to the building’s linear form.

Sustainable features include maximising natural day lighting while cooling systems have been kept to a minimum. The form of the roof is also devised to harvest rainwater for landscape irrigation.

Ian Milne, a design director in RMJM’s Hong Kong office, said: “It is a remarkable opportunity for any architect to be given the chance to design such an important gateway to Kolkata, one of the world’s great cities.”

Construction is expected to start this summer.