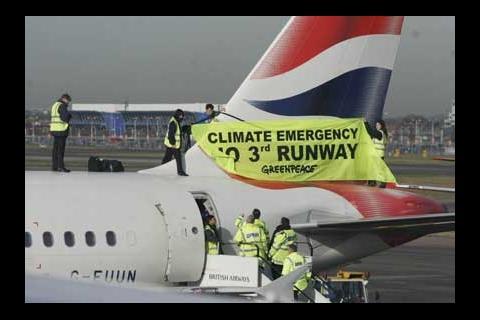 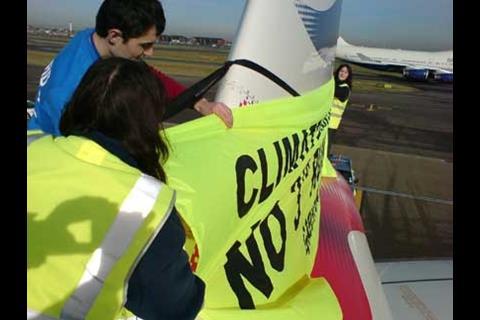 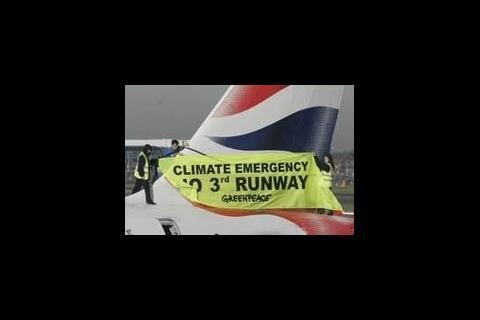 Greenpeace has warned the government of the aviation industry’s CO2 emissions ahead of the decision on whether a 3rd Heathrow runway should be built.

Four protestors attached a 'No 3rd banner' to a BA airplane flying between London and Manchester this morning. The Greenpeace volunteers climbed onto the plane’s fuselage after they had breached security and crossed the tarmac at Heathrow’s Terminal One.

The banner warns against the construction of a third runway. Greenpeace says it would boost the already growing source of greenhouse gas emissions in the UK.