The search for a main contractor on a £250m hospital redevelopment is being relaunched after the original deal won by Bouygues was canned.

Last year the firm’s development arm Linkcity was named development partner for the project at the Evelina London Children’s Hospital.

But Evelina London, part of Guy’s and St Thomas’ NHS Foundation Trust, is now looking to appoint a new contractor following changes in the way it will be built.

Work involves building a 13-storey extension to the current hospital as well as overhauling the existing site. 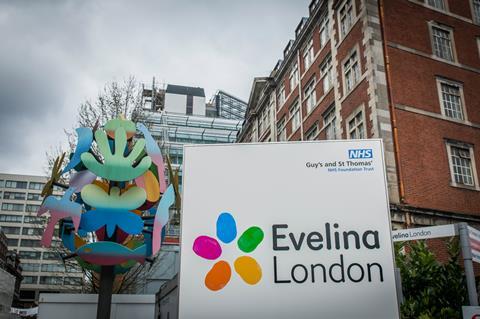 Work at the hospital is due to start next December

A spokesperson for Guy’s and St Thomas’ NHS Foundation Trust said the decision to cancel Bouygues’ deal in the autumn was made because of changes in the procurement process to keep a lid on costs.

He said: “Following advice from government, the trust has switched from a shell and core build, which would have required fitting out later, to an integrated build with a single contract for building the shell and core and the fit-out.

“This new approach will require a fresh competitive procurement for the construction.”

Building understands that Bouygues will be given the opportunity to bid for the revised deal.

The so-called Triangle campus has been designed by Hawkins Brown with M&E engineer Aecom and structural engineer Ramboll also working on the plan which includes research and teaching facilities, surgical theatres and imaging suites.

The main construction deal is worth around £250m with the overall programme expected to be worth £465m.

The trust has launched a market engagement process for the planned competition, with interested firms given until 14 January to complete a questionnaire.

Work is due to start next December and be completed by May 2027.

Another project on the site, an outpatient day surgery that is being built by Morgan Sindall, topped out last month.