The Oxford-based contractor made a £190m loss last year 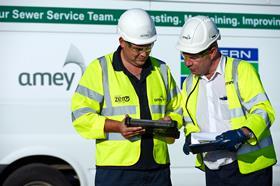 Spanish transport giant Ferrovial is looking to sell Amey as a problem highways contract with Birmingham council continues to hinder the contractor’s profits.

Back in 2009 Amey scooped a £2.7bn PFI contract with Birmingham City Council to service a 2,500km road network.

But a lengthy legal wrangle over the scope of the contract, ultimately won by Birmingham council, saw Amey take £208m hit to their balance sheet. Amey made a net loss of £190m last year.

In the first quarter of Ferrovial’s financial year the company recorded a £142m loss, which it largely blamed on Amey’s problem job.

In 2018 Amey has also snapped up a plethora of public-sector contracts formerly held by Carillion, including with the Ministry of Defence and Network Rail.

Amey is one of three construction and services companies being monitored by a ‘crown representative’ at the Cabinet Office following the collapse of Carillion.

Kier, another of the companies, asked investors for £264m on Friday in response to its £390m average net debt.

The final company, Interserve, saw its share price drop to a 34-year low on Friday as it continues to battle a handful of problem jobs and a £650m net debt pile.