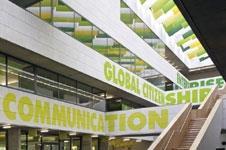 Shadow education secretary Michael Gove has promised to “dramatically accelerate the number of academies” if the Tories win the next election.

Gove made his pledge in a lengthy speech to the main conference this morning, for which he received a standing ovation. However, it is unclear how much building work would be generated by the pledge, as guidance issued earlier in the week stressed that the Tories wanted to move away from a model where academies involved complete school rebuilding.

Gove shied away from commenting on the future of the current school capital spending under a Conservative government – a move which raises fresh speculation that programmes such as the Building Schools for the Future initiative and Primary Capital Programme could be radically curtailed or reformed.

In a move which could spell reform at delivery body Partnerships for Schools, Gove said that he would ensure “quangos are cut down to size,” and said that decisions on the direction of education spending would be shifted from central control to that of local authorities, schools and parents.

He said: “At this time of austerity we need to use every penny we can to keep teachers in the classroom.”