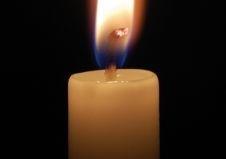 The family of a worker fatally injured on a building site is to hold a vigil outside the inquest into his death.

Steven Allen, 23, of Keighley in Yorkshire, died from injuries sustained while working on construction of a waste recycling site in Bradford in March 2007. His head became trapped after an incomplete load of bags on a pallet slipped as it was being lifted by a block grab.

The victim's mother, Judith Allen, will be joined in the vigil by safety campaign group Families Against Corporate Killers (FACK) and members of Bradford Area Safety Reps Association. It is being held to highlight a national increase in construction site fatalities.

Judith Allen has been fighting for her son's death to be investigated thoroughly by the police and the Health and Safety Executive (HSE) and is hoping that unanswered questions will be addressed in the inquest.

The HSE investigated the accident and its report will be heard today and tomorrow.

She said: “I still do not know exactly how and why my son came to die. I am not sure the investigation into his death - whether the safety procedures and systems on site were good enough to protect workers - has been thorough enough.”

The HSE has not made a decision on whether it will prosecute for health and safety offences and the Crown Prosecution Service has decided not to undertake a manslaughter prosecution.

Hilda Palmer, facilitator of FACK, said: “Employers in the industry, the HSE as enforcers of H&S law, and the government, need not only to hear the views of the families of those who pay the ultimate burden for the lack of health and safety, but to take action on them and tighten up safety on sites before more workers are unnecessarily killed.”

Earlier this week, Bradford MP Terry Rooney chaired a meeting that questioned Rita Donaghy, head of the inquiry into construction, about how it is progressing.