Westleigh set to give Countryside a boost 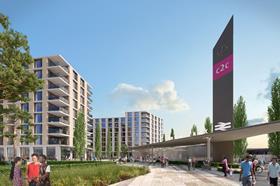 Countryside expects last month’s Westleigh acquisition to give it a further lift in the second half, after the housebuilder reported pre-tax profit of £74m for the first six months of the year.

Announcing the 22% profit hike on turnover up 13.5% at £399m for the six months to 31 March 2018, Countryside chief executive Ian Sutcliffe said the deal in early April to buy the Leicestershire-based housebuilder would further increase the group’s momentum “by expanding our geographic reach and mixed tenure delivery”.

Land plots totalled 41,439 across both Countryside’s partnerships and housebuilding businesses, up 5.7%.

“With continued strong growth in partnerships and improved efficiency and returns in the housebuilding division we remain confident of maintaining our sector leading growth over the medium-term,” said Sutcliffe.

Last November Countryside reported pre-tax profit for the year to 30 September 2017 of £142m on turnover of £846m.