What will today's Budget bring for the construction sector? 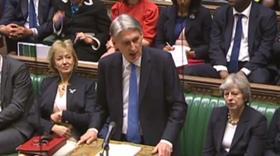 The construction sector is looking for today’s budget to provide the industry with a much-needed shot in the arm as fears of a ‘No Deal’ Brexit increase and speculation buzzes around government policies including its Help to Buy scheme.

When chancellor of the exchequer Philip Hammond rises to give his budget in the House of Commons at 3.30pm this afternoon Building will be bringing you every relevant aspect of the speech on www.building.co.uk and via Building’s Twitter feed.

Industry figures, particularly housebuilders, will be looking for a firm commitment to extending Help to Buy beyond 2021, when the current scheme is due to end, as well as more investment in public works and infrastructure projects.

Scrapping HTB would hit housebuilders hard, and Hammond might signal instead it will be extended but with its terms tweaked to make funds go further by limiting applicants to first-time buyers or those on lower incomes.

Others are looking for a commitment to tighten up legislation covering late payments, a move which many small businesses and MPs have been calling for.

Hammond might also add detail to the prime minister’s speech at the Conservatives’ annual party conference where she promised an end to borrowing rules that stop local authorities using a key fund to deliver new homes.

The chancellor might also use his speech to outline the Treasury’s thoughts on the Letwin report, due to be published the same day, with speculation growing that Hammond will accept reported recommendations that local councils be allowed to rake in profits from landowners who sell sites that have received planning permission.

Follow our live Budget coverage and analysis online from 3pm