Will it ever take off? Hydrogen fuel cell technology 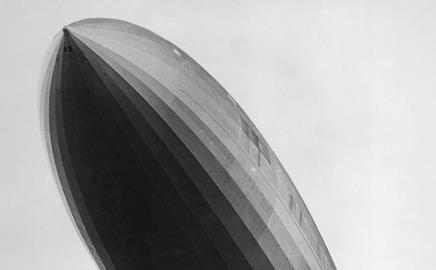 Energy company Ceres Power thinks it has got the answer to micro-combined heat and power (CHP). By 2012 it is promising to have two CHP systems on the market that have the potential to halve the carbon emissions from an average dwelling. What is more, they will be affordable and have the same maintenance regime as a conventional domestic boiler. But what is most novel is that they will use fuel cell technology. It sounds almost too good to be true. So how are they proposing to make it happen?

Fuel cells that run on hydrogen have a unique appeal. They generate heat and electricity through a chemical reaction whose only by-product is water. They are quiet and up to 80% efficient. And, depending on where the hydrogen comes from, they are a promising way to cut carbon emissions.

But it is not quite that simple. The first trial of a domestic-sized fuel cell by the Black Country Housing Group in the West Midlands highlighted some of the drawbacks. One big one is the ferocious cost – the purchase and installation ran into hundreds of thousands of pounds. The firm also had to convince the Health and Safety Executive and the local fire brigade that installing a hydrogen storage tank would be safe. According to Richard Baines, director of sustainable development at the firm, the main issue is reliability. “These are complex systems and we’re still at the early stages of development and finding out how they perform,” he says. “But I wouldn’t want this to scare people off – the potential is huge.”

It didn’t put Black Country off – it has just started trying out a second fuel cell in the same property. This time it is a proton exchange membrane (PEM) fuel cell made by German company Baxi Innotech, which runs off mains gas rather than pure hydrogen. The refrigerator-sized unit produces about 1.5kW of electricity and 3kW of heat, and costs about £150,000. Baines says the cost reflects the early stages of development. “I’d expect the price to drop an order of magnitude when it reaches production,” he says, although that is a few years off. There are also technical problems that have not been fully overcome: for example, one issues with the PEM unit is that it is vulnerable to carbon “poisoning” from impurities in the fuel source.

So how is Ceres Power going to deliver a unit in just two years’ time? The firm was born out of fuel cell research carried out by Imperial College in the nineties and has spent the past eight years working on perfecting the technology for small domestic applications. Last September it reported that it had successfully built and tested a 1kW fuel cell module as part of its programme with British Gas to develop a residential CHP unit by 2011. In March it announced that it had signed an exclusive agreement with Calor Gas to develop and supply a liquified petroleum gas (LPG) version aimed at the rural, off-mains market by 2012.

They describe the unit they’ve developed as a “fuel cell boiler”. It’s a form of CHP where the fuel cell provides electricity and heat but the unit incorporates a small conventional boiler to provide additional heating when it is needed.

It uses what Bob Flint, commercial director at Ceres Power, describes as “intermediate solid oxide fuel cell technology”. One of the advantages of this is that it does not need an expensive catalyst and it can run on a wide variety of fuels, including natural gas and LPG. The Ceres unit also runs at lower temperatures – about 600°C – compared with a typical solid oxide fuel cell, which enables it to be made out of more conventional and cheaper materials such as stainless steel. “It’s also a lighter and smaller system,” adds Flint.

Unlike CHP systems that use an internal combustion engine, the fuel cell has a power to heat ratio of 1:1 and so does not generate excessive amounts of heat compared with electricity.

Ceres’ aim is to create a unit that can generate up to 1kW of electricity, which it says will be enough to provide the base electrical load in the home for running appliances such as the fridge, while the heat can be used all year round for hot water. When more heat energy is required, that can be provided by turning on the gas-fired condensing boiler.

By generating the electricity on site, the waste heat can be put to use and the losses that normally occur during transmission are avoided. As a result, Ceres claims it can cut the carbon emissions of an average home by a massive 50%.

Neil Cutland, executive director of Inbuilt, says he is excited about the technology but is cautious. “You need to look closely at the power-to-heat ratio because if it is being run off mains gas, you have to ask yourself the question: would it be more efficient to burn the gas in a boiler? Is it worth that cost and complexity?”

As might be expected, Ceres is optimistic about the potential of fuel cells and believes that by partnering with companies that already have direct channels to millions of customers, it will be able to penetrate the traditional boiler market.

According to a recent survey by Haddock Research & Branding, about a sixth of owner-occupiers connected to mains gas say they find the idea appealing and would be likely to install one, although cost was an issue.

Calor is predicting that its LPG fuel cell boiler will have a system and installation cost of between £5,500 and £6,500, which is about £2,000 more than a conventional condensing boiler.

Only fuels and sources …

The technology used by Ceres is just one of a range of types of fuel cells, some of which can only run on pure hydrogen and others that use a range of fuels such as natural gas, liquified petroleum gas or even biogas. A fuel cell has no moving parts as it uses an electrochemical reaction to generate heat and electricity. It’s a process that is up to 80% efficient – and quiet.

Ceres Power’s fuel cell is an “intermediate” solid oxide system that starts life as a thin stainless steel plate that is perforated with thousands of tiny holes and coated in a thin layer of ceramic ink. Air passes down one side of the plate and fuel down the other and these react to generate electricity, heat and water. Several of these fuel cells are combined to create a “stack” measuring 205 x 305 x 305mm and weighing about 25kg, which is integrated with a conventional condensing boiler in a single wall-mounted unit.

The electricity is fed into the home’s distribution board to reduce demand from the grid and the heat feeds the domestic hot water supply. When the heat demand is more than the fuel cell can provide, the condensing boiler starts up to provide additional heat.

Original print headline: Will it ever take off?