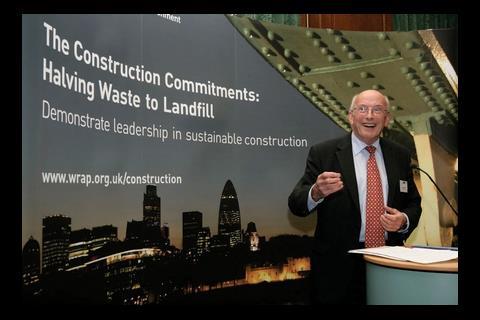 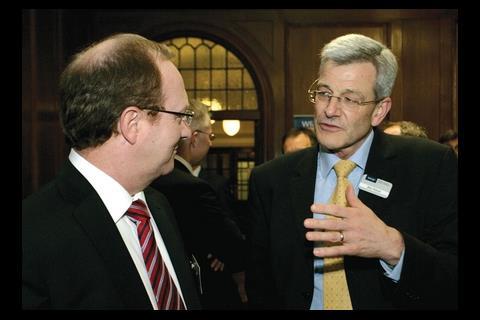 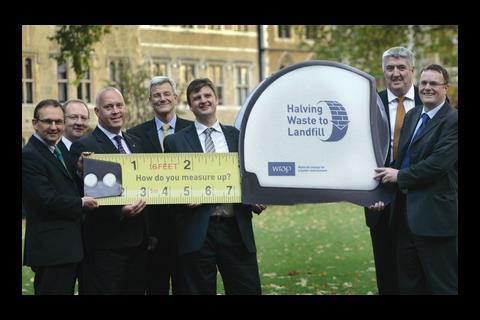 Signing up to the Halving Waste to Landfill initiative gives construction companies and clients the chance to prove their green credentials and make efficiency savings. so how does it work? Karen Glaser reports

It is difficult to open a newspaper without reading about the ills of domestic waste. But however bad unrecycled drink cans and yoghurt cartons might be for the planet, household rubbish is not the UK’s biggest environmental shame. Every year, our construction industry generates 120 million tonnes of waste, of which 25 million goes straight to landfill – three times as much as the domestic waste.

Halving Waste to Landfill is an industry and government initiative to improve this woeful record. Quite simply, it aims to halve the amount of construction waste going to landfill by 2012. For construction firms, it also offers an opportunity to make financial savings and to differentiate themselves.

The 50% target is already widely known in the industry. It is one of the construction commitments set out by the Strategic Forum for Construction, which sees responsible waste management as a key component of sustainability.

It is also in line with Scotland’s Zero Waste policy and England’s Strategy for Sustainable Construction, co-ordinated by the Department for Business Enterprise and Regulatory Reform and the Strategic Forum. Launched in June, this government-industry initiative aims to provide clarity on the government’s position, bringing together regulations and initiatives relating to sustainability.

WRAP’s Halving Waste To Landfill campaign, launched in October, consolidates the waste-handling aspects of the strategy, offering a coordinated way forward for developers, contractors and the entire supply chain.

The target of halving construction waste sent to landfill should not be too difficult to achieve. As the companies featured in this supplement show, the way the industry manages its materials and waste can be easily improved and, crucially, the results quickly seen.

In short, better waste management down the supply chain, including steps to reduce waste before it arises, is the obvious way for the sector to reduce its carbon footprint rapidly. So obvious in fact that many organisations are already working to waste targets even more stringent than the 2012 pledge launched by WRAP on 16 October.

But WRAP’s head of construction, Mike Watson, says it is vital to remember that Halving Waste to Landfill is not simply about individual corporate targets. “This is a collective industry goal built on individual actions – an industry pledge. By signing up, you are saying ‘we commit to play our part’.”

That said, Halving Waste to Landfill makes economic sense. Once the value of wasted materials and labour is factored in, the real cost of waste can be 10 times its disposal cost. By supporting the initiative and committing to a transparent measurement framework, it will soon become clear how and where savings can be made. And, observes Watson, since it is clients that largely pay for waste, “these cost efficiencies should make them happy too”.

With big-name developers such as Berkeley Group, Stanhope and SEGRO and contractors Laing O’Rourke, Bovis and Willmott Dixon already on board, signatories to the campaign will be in strong company. Like them, they will be able to display the Halving to Waste to Landfill logo on their corporate literature. “It is a very public way of announcing your firm’s green credentials and, of course, strengthening your reputation,” says Watson. “You’ll be demonstrating real leadership.”

So, what do you have to do in return? Well, signing up to the agreement means setting a target for landfill waste and embedding it in your company policy. In addition, you must adopt a common method for measuring performance and report that progress annually either to your sector body, such as the Major Contractors Group, or to WRAP.

To help you do this, WRAP has developed the Net Waste Tool, which assesses waste likely to be generated on a project, how it can be cut and opportunities to use recycled content. In addition, all signatories are subject to independent monitoring, which proves your actions are not just empty greenwash.

Watson says WRAP will offer guidance on communicating your commitment to your supply chain and customers, and provide access to tools, case studies, templates and other materials to help you keep your commitment. You will also receive industry performance data before its public distribution.

Halving Waste to Landfill may be a simple statement, but it carries with it the potential for real change in the industry’s performance on waste.